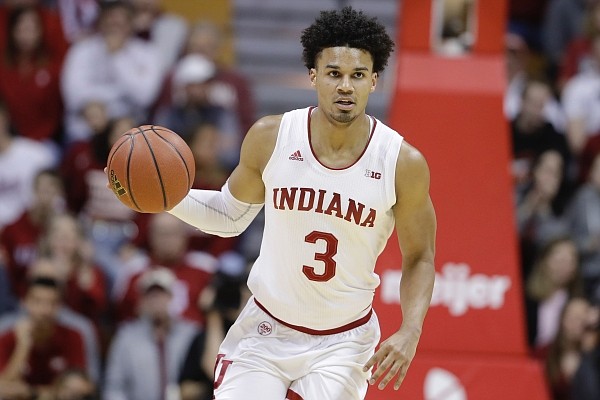 He started all 32 games last season, averaged 10.4 points per game and was tied for second on the team in rebounding at 5.2 boards as a junior. He shot 49.2 percent from the field, 26.3 percent beyond the 3-point line and 67.3 percent at the free throw line.

Smith, who was an Academic All-Big Ten selection as a sophomore, scored six points and grabbed eight rebounds in a 71-64 loss to Arkansas in Bloomington, Ind., last December. He started 73 of 98 games with the Hoosiers.

He graduated from Indiana’s Kelley School of Business in three years and will have immediate eligibility at Arkansas. Smith declared for the 2020 NBA Draft but later withdrew his name.

ESPN rated Smith a 4-star prospect, the No. 22 small forward and No. 91 overall recruit in the nation in the 2017 class as a senior at Adlai E. Stevenson in Buffalo Grove, Ill.

Arkansas coach Eric Musselman is awaiting word from guard Isaiah Joe on whether he will remain the NBA Draft. June 3 was the original date to withdraw from the draft, but it has been pushed back until 10 days after the NBA draft combine or Aug. 3, whichever comes first.

Should Joe withdraw his name and return to school, Arkansas would be one over the scholarship limit of 13.