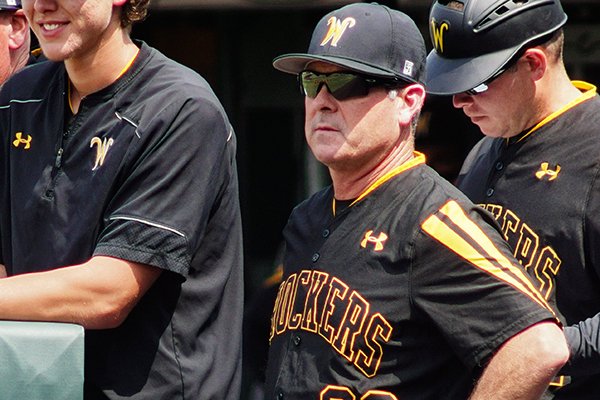 Butler, 53, will fill the newly formed Senior Associate Athletics Director position, according to the release. He will oversee ticketing and game promotions, work in fundraising and serve as the sport administrator for baseball, softball, soccer and tennis.

"Today is a wonderful day for our family returning home to where our hearts have always remained for the last 30 years," Butler said. "I am honored to return to McNeese State University, my alma mater that molded me as a student-athlete, coach, and now administrator as I work for the university that gave me my start.”

Butler played two seasons for the Cowboys then joined the coaching staff as an assistant from 1993-94. He was head coach from 2001-03 and led the program to the 2003 Southland Conference Tournament title.

Butler served as an assistant with the Razorbacks from 2006-13 and played a role in three Super Regional appearances and two trips to the College World Series. He returns to McNeese State after spending the 2020 season as an assistant and recruiting coordinator at Missouri.

Prior to his stint with the Tigers, Butler was the head coach at Wichita State for six seasons.

"I'm excited to add Todd to our team," McNeese State interim athletics director Heath Schroyer said. "He's an experienced leader and has been around college athletics for over 30 years at multiple levels. In building our administration team, I was looking for experience, leadership ability, and a 'people first' skill set. Todd is all of those and more.

"The philosophy we are developing and implementing is one that is student-athlete centered and donor and fan friendly. Todd fits this philosophy and will complement our admin team."