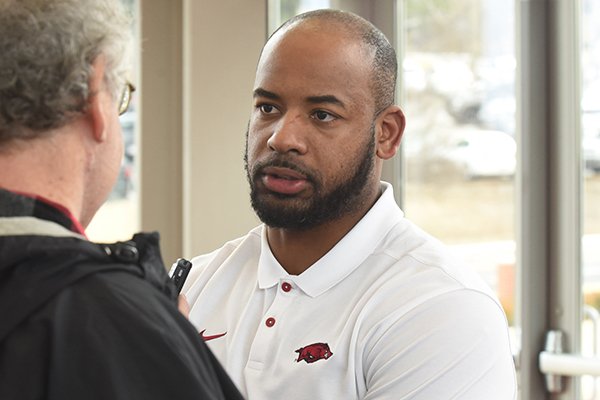 Junior defensive back Jerimiah Brown won’t soon forget the first school to extended an offer to him.

“It was a blessing to get my first offer from Arkansas, just knowing that the school showed some interest and saw potential in me,” said Brown, who is being recruited to play safety. “I couldn’t ask for a better first offer.”

The offer from the Razorbacks will likely garner Brown more attention and eventually more offers. He learned of the Arkansas offer from cornerbacks coach Sam Carter.

He was impressed Carter isn’t too far removed from his playing days at TCU. Carter was a three-year starter and a three-time All-Big 12 safety from 2011-14.

“He’s the youngest coach in the SEC,” Brown said. “He has a great personality and I want to build a stronger relationship with him.”

“It definitely helps them stay on my mind and for me to get to know more about the program,” he said.