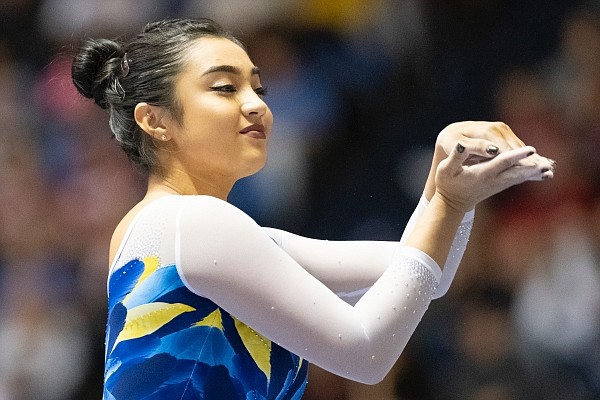 Hano, who graduated from UCLA this spring, will assist with the vault and floor teams, and work with the program’s social media and creative content teams, according to a release.

“After coaching Felicia at UCLA and watching her success, I knew that she was the right addition for our volunteer coach position,” Wieber said. “She has an incredible knowledge of the sport and she is one of the best NCAA floor and vault competitors I have ever seen.

“She is a natural leader and performer and she has so much to share with our student-athletes. Without a doubt, she will bring energy and enthusiasm to our program.”

With the Bruins, Hano was a four-time All-Pac 12 performer, including first-team vault in 2019, second-team floor in 2018 and 2020, and a six-time All-American - four times on the vault and twice on the floor exercise.

A native of San Gabriel, Calif., Hano was a member of the 2018 NCAA Team Champion. Prior to UCLA, she was selected to compete in the Pan Am Games in 2014, won gold on vault and floor, and silver in the all-around at the 2014 American Classic.

Catelyn Orel, who spent Wieber’s first season at Arkansas as a volunteer coach, was promoted to a full-time assistant position on May 29.