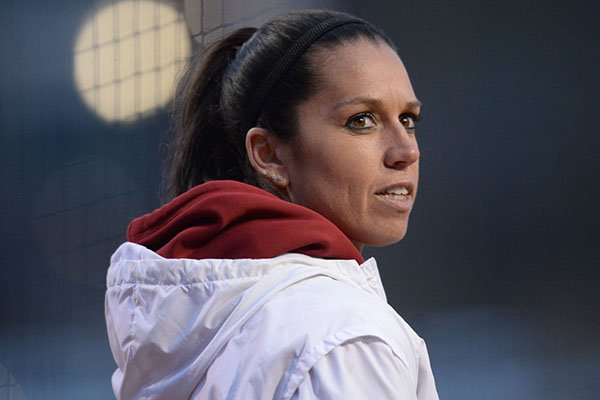 FAYETTEVILLE — The University of Arkansas lost to Florida State 2-1, then defeated Villanova 12-4 in five innings Saturday in the Wooo Pig Classic at Bogle Park in Fayetteville.

Arkansas (15-4) pounded out 13 hits in its victory against Villanova.

In Arkansas’ loss to Florida State, Burnside had two of the Razorbacks’ six hits. She scored the Razorbacks’ only run in the sixth inning when she came home on a throwing error by catcher Kaia LoPreste after advancing to third base on a wild pitch. Autumn Storms (8-2) took the loss for Arkansas, allowing 2 runs, 1 earned, on 5 hits in 7 innings. She struck out six and walked three.

The University of Central Arkansas lost 8-5 in eight innings to Louisiana-Monroe in the Adam Brown Memorial Shamrock Classic on Saturday at Farris Field in Conway.

Louisiana-Monroe scored three runs in the top of the eighth inning off UCA reliever Kayla Beaver to break a 5-5 tie. Ana Hogan hit a two-run double, scoring Kennedy Page and Korie Kreps. The Warhawks added another run on the play when Jayden Mount came home on a throwing error by center fielder Reagan Sperling.