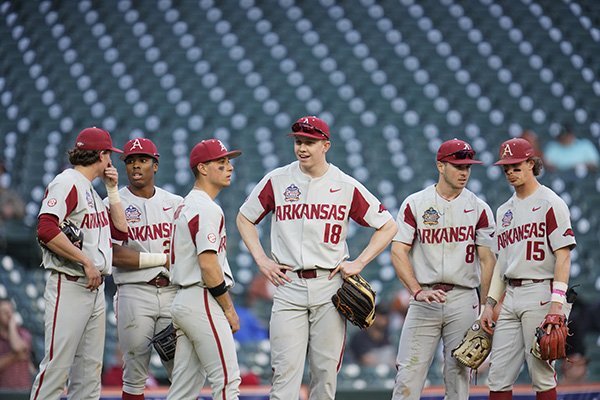 Spring sports in the SEC have officially come to an end this year.

The SEC announced Tuesday it will cancel all remaining sporting events through the spring semester, including those sports like baseball that play into the summer months. With the announcement, college sports are effectively on hiatus in the U.S. until August.

"This is a difficult day for all of us, and I am especially disappointed for our student-athletes," said SEC Commissioner Greg Sankey. "The health and well-being of our entire conference community is an ongoing priority for the SEC as we continue to monitor developments and information about the covid-19 virus."

"It has become readily apparent that with the current situation and what would be required to do so that any kind of resumption of competition would be highly unlikely," said Arkansas Athletic Director Hunter Yurachek. "By making a final determination, we have enabled student-athletes to have closure related to the remainder of this season as well as move forward with the completion of the academic semester, preparation for future seasons or other opportunities that may await."

The SEC had been in a suspended state since March 12 when the NCAA canceled all remaining winter and spring postseason tournaments and events. But unlike most conferences that had canceled their seasons in the hours following the NCAA’s decision, the SEC set a target date - first March 30, then April 15 - to determine whether it could resume regular-season play for some sports.

Ultimately, the answer was no.

Tuesday's announcement officially brought to an end the baseball, softball and outdoor track and field seasons at the University of Arkansas. Golf and tennis are also spring sports, but their regular seasons were to end within the SEC’s time frame of suspended play. The Arkansas spring football game scheduled for April 25, has also been canceled.

The Razorbacks’ baseball and softball teams were ranked in the top 25 at the time the season ended, and the men’s and women’s outdoor track teams likely would have been favorites to win their conference meet. Arkansas’ women’s team would likely also have been a favorite to win a second consecutive outdoor national championship.

All of the Razorbacks’ spring teams were aware their seasons most likely were over when the SEC last week suspended all team activities, including practice, for nearly a month. Such a restriction was especially burdensome for baseball teams, whose pitchers would have to retrain their arms if play was resumed.

Any hope for resumption was doused Sunday when the Centers for Disease Control and Prevention recommended that all gatherings of more than 50 people be postponed or canceled for eight weeks. In response, the ACC, Conference USA and American Athletic Conference canceled their spring seasons, and Major League Baseball said it would push back the start of its season to comply with the CDC recommendation.