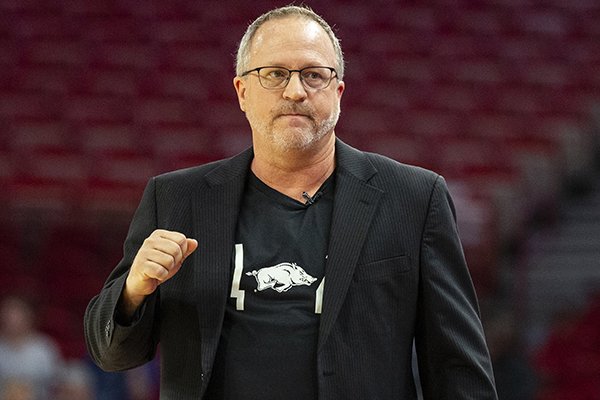 FAYETTEVILLE — The Arkansas women’s basketball team found itself in the final Associated Press Top 25 poll of the season on Tuesday.

The Razorbacks were No. 24 in the last poll that season as well.

Other SEC teams in the AP rankings include No. 1 South Carolina, No. 8 Mississippi State, No. 16 Kentucky and No. 18 Texas A&M.

Arkansas, which won two games in the SEC Tournament in Greenville, S.C., earlier this month, including an upset win over former Razorbacks coach Gary Blair and the Aggies, were bound for the NCAA Tournament prior to its cancellation because of the spread of covid-19.

It would have been the program’s first NCAA postseason berth in five years.

"I am devastated for our team, and especially our seniors," Arkansas coach Mike Neighbors said in a statement last week. "This team worked so hard to get to this point, and an NCAA berth meant so much to this program this year. My heart goes out to them."

Tolefree was a first team All-SEC selection by the league’s coaches after scoring a team-high 18.6 points per game in conference play. She and Ramirez combined to make 99 3-pointers in league games. Ramirez knocked down 46.3 percent of her 108 attempts.

As a team, Arkansas made an SEC record 314 3-pointers and shot 39 percent beyond the arc. The Razorbacks finished the season as the third-most efficient offensive team in the country, according to Synergy Basketball, averaging .976 points per possession.