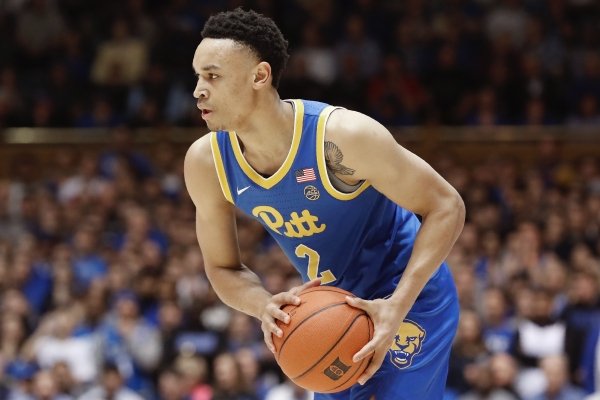 Arkansas reportedly extended an offer to sophomore guard Trey McGowens, who is transferring from Pittsburgh.

Jake Weingarten of Stockrisers reported the offer from the Razorbacks along with others from Wichita State and Nebraska.

McGowens, 6-4, 190 pounds, averaged 11.5 points, 3.3 rebounds and 3.6 assists this season for the Panthers, who finished with a 16-17 record. Weingarten reported that McGowens entered the portal on Wednesday. He shot 33.8% from the field and 31% from beyond the three-point line.

An ESPN 3-star prospect, McGowens averaged 18.4 points, 6.3 assists, 5.4 rebounds and 3.2 steals a game for Hargrave Military Academy as a senior.

Arkansas signed guard Davonte Davis in November and has commitments from guards Khalen Robinson and Moses Moody, as well as forward Jaylin Williams. Arkansas would be at its full allotment of scholarships if Robinson, Moody and Williams sign with the Razorbacks during the spring signing period that starts on April 15.

McGowens would have to sit out a year before being eligible to play his final two years unless he was granted a waiver by the NCAA for immediate eligibility.