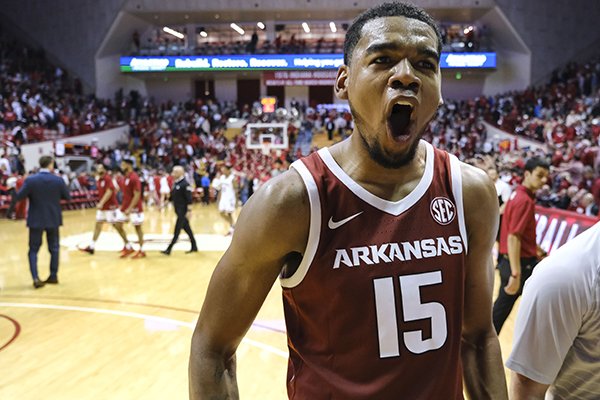 FAYETTEVILLE — Arkansas guard Mason Jones has picked up another accolade from The Associated Press.

Jones, voted AP co-SEC player of the year on March 10, was named an AP All-American honorable mention on Friday. He averaged 22 points per game on 45.3 percent shooting and led the Razorbacks in rebounding (169), assists (106) and steals (50) this season.

He was the lone player in the SEC to lead his team in each of those categories.

"He had the ball in his hands a ton, so he was playmaker and a point-forward for us," Arkansas coach Eric Musselman said Thursday. "He rebounded the ball at a career-high level, his assists … if you look all the way across the board, he had a career year.

"And he’s going to keep getting better. I don’t think that that stops."

Jones is the eighth Arkansas player to earn an honorable mention nod by the AP and second in as many seasons.