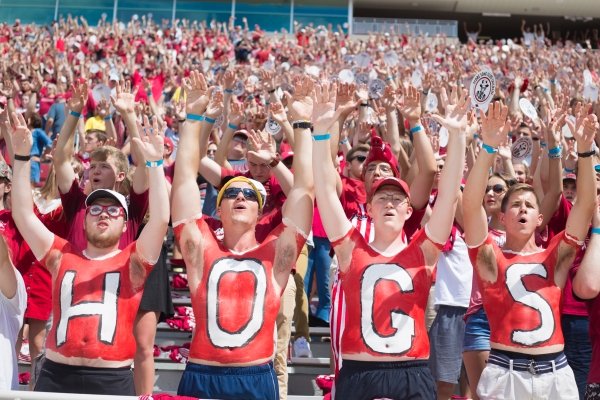 FAYETTEVILLE — The University of Arkansas on Tuesday extended its renewal deadline for football season ticket holders.

The new deadline is April 6, six days later than originally announced. In coordination with the extended ticket deadline, the Razorback Foundation announced it had extended its deadline for annual fund donations until April 6. Ticket priority is tied to donations to the foundation.

According to UA figures, 82 percent of last season’s season ticket holders have renewed for the 2020 season.

The Razorbacks sold 43,397 season tickets last season - down 16 percent from the year before - when they hosted six games at Reynolds Razorback Stadium, but only two games against SEC opponents.

Attendance was poor last season, especially as Arkansas neared the conclusion of its second consecutive 2-10 campaign that included no SEC wins. Chad Morris was fired as the Razorbacks’ coach following last year’s on-campus finale - a 45-19 loss to Western Kentucky in front of an announced crowd of 42,985 - and was replaced in December by Sam Pittman.

The 2020 home schedule includes a program-record seven games on campus, four of which are against SEC teams Alabama, LSU, Tennessee and Ole Miss between Oct. 10 and Nov. 14.

Arkansas is scheduled to start the season with a Sept. 5 game against Nevada, and is also scheduled to host nonconference games against Charleston Southern on Oct. 3 and Louisiana-Monroe on Nov. 21.