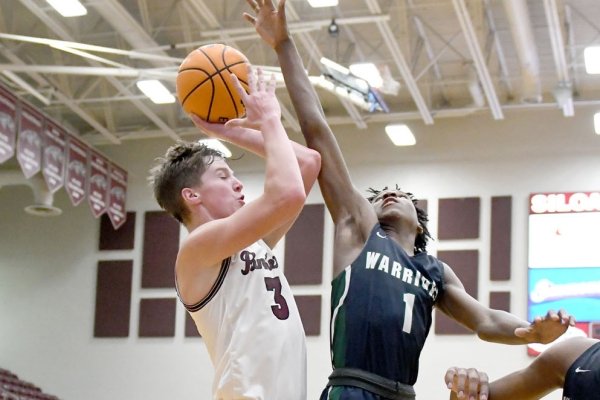 Blocker, an explosive, 6-foot point guard, received an offer from TCU on Thursday to go with one from Southern Miss. He averaged about 15 points, 5 rebounds, 4 assists and 2 steals per game for the Warriors. He was named Class 5A All-State and All-Conference.

He is expected to play for the 15-under Joe Johnson Arkansas Hawks this summer.

“Layden has a high basketball IQ along with long arms,” Hawks president and founder Bill Ingram said. “He plays on both ends. He reminds me a lot of Lee Mayberry. He shot it well from 3, but also scores in the midrange. He’s just a complete player, and he’s only 14 years old. He took on 17- and 18-year-old kids every night.”

"His vision and the ability to change direction at the drop of a dime, you don't see that too often out of ninth-graders," Taylor said. "That's the first thing that stood out to me. And then he can create for others. He can score with the best of them, but he showed this year that he can dictate a game by simply making plays for his teammates.

"Those are things any coach would love to see."