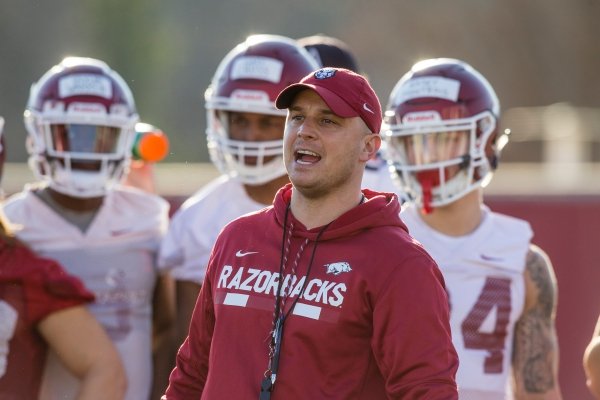 Arkansas became the second school to offer one of the fastest sophomore prospects in the nation on Monday.

Milesplit reports he recorded 10.58 seconds in the 100 meters in the summer after his freshman year and 22.04 seconds in the 200 this year. Razorbacks receivers coach Justin Stepp told him of his offer from Arkansas.

“Good, smart man. He says he likes speed and that I have a lot of it,” Goree said.

“Because they have confidence this early and when all the other colleges start coming in it's going to be better for Arkansas, because they are trying to pursue me early on," he said.

“He’s a terrific athlete. He’s at least a four-star-plus prospect,” Lemming said. “He’s really impressive in-person, a muscular kid who plays for one of the top programs in the country. Pierre can play a number of positions.”

While Arkansas is recruiting him as an athlete, Goree prefers playing safety.

“I, of course, like the hitting,” Goree said. “I like the physicality, the smarts, and you see receivers burning DBs, so I want to prove that wrong. And I am a ballhawk, so whenever a fade is coming my way, it’s either incomplete or intercepted.”