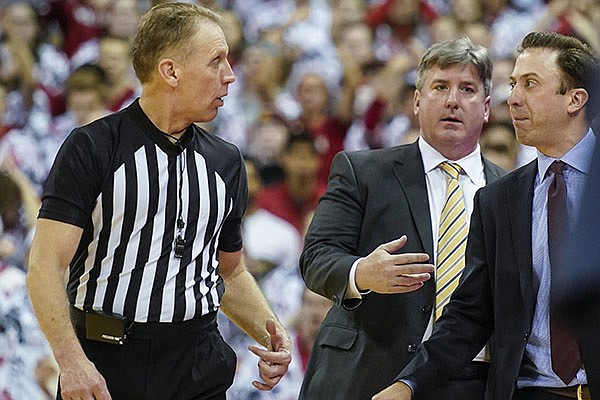 FAYETTEVILLE — The Southeastern Conference on Tuesday appointed Mike Eades as its coordinator of men’s basketball officials.

Eades is a 24-year college basketball official who has worked in three Final Fours, most recently in 2017. He replaces Mark Whitehead, who resigned the post last month.

The SEC’s officials coordinator is responsible for selecting, training, evaluating and assigning officials for games at SEC arenas.

SEC basketball officiating was under scrutiny during the 2019-20 season.

Prior to the final week of the season in March, the Montgomery Advertiser reported there were 39.6 fouls per game called in SEC games, compared to between 33.1 and 35.4 fouls averaged in ACC, Big East, Big Ten, Big 12 and Pac-12 games. SEC teams collectively ranked higher in total fouls and free throws attempted.