Arkansas has full attention of Lunz 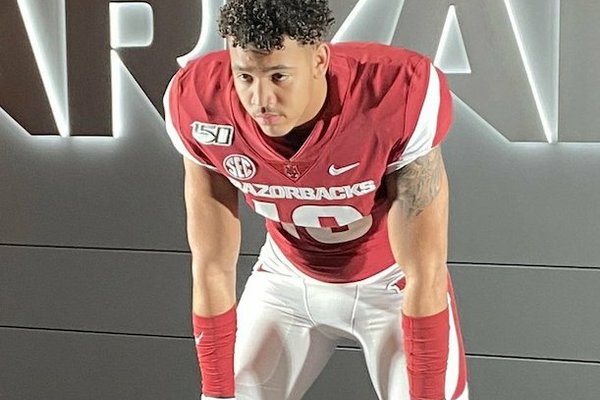 Earlier this year, linebacker Michael Lunz was thinking about announcing his college decision in December, but that timetable has been moved up.

Lunz (6-3, 230 pounds), the nation’s 29th-best inside linebacker and a three-star prospect from North Hardin High School in Radcliff, Ky., is now looking at a much quicker decision.

Lunz, who had 85 tackles last season with 20 for lost yardage and 3 interceptions, is concentrating on Arkansas, Michigan State, Toledo, Western Michigan and Arkansas State.

He visited Arkansas on March 7 and left impressed.

“The facilities are amazing and there are not many teams in the country who can compete with them in that aspect,” Lunz said. “I take them as a school I can go and really develop myself as a player and a man.”

Lunz got a chance to visit with Arkansas coach Sam Pittman and his staff, including linebackers coach Rion Rhoades.

“It’s been great getting to know the new staff,” Lunz said. “You can tell Coach Pittman was very selective in who he put where in order to succeed. I feel like they will do a great job of turning the program around. No doubt in my mind.”

Lunz also visited Cincinnati and Georgia State, before the covid-19 pandemic hit and has been in a routine since the shutdown.

“Getting up, eating, doing homework, working out, eating again and then just getting in some good family time,” Lunz said.

Lunz was a key part of a 12-1 campaign last season for North Hardin.

“I’m one of the most instinctual linebackers your gonna find as well as my diversity at the position,” Lunz said. “I can play inside and outside and can also cover well.

“My biggest downfall is my top speed and overall quickness. I have very good first step quickness but overall it can be improved on.”