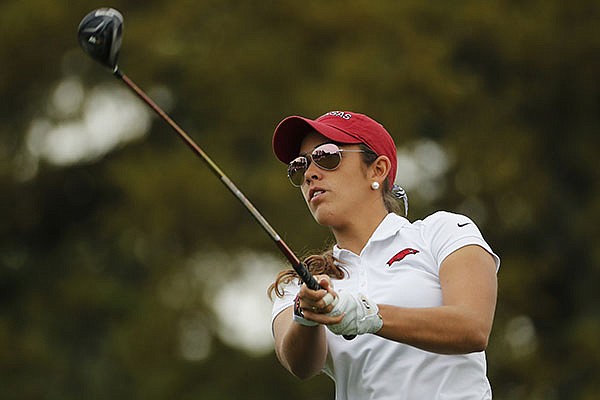 FAYETTEVILLE — Seven University of Arkansas women’s teams earned public recognition from the NCAA on Tuesday for their scores in the latest Academic Progress Rate (APR).

The Razorbacks’ softball, gymnastics, swimming and diving, volleyball and women’s tennis, golf and cross country teams earned the honor, which is based on scoring in the top 10 percent nationally in APR.

All seven teams received a perfect multi-year score of 1,000 in APR, which in the latest reporting period takes into account the 2015-16 through 2018-19 academic years.

APR is one of two calculations - the Graduation Success Rate (GSR) released each fall is the other - the NCAA uses to monitor the overall academic performance by athletes at each school.

In APR, each athlete receiving athletics-related financial aid earns one point for staying in school and one point for being academically eligible each semester, for a total of four possible points per athlete, per year. A team’s total points are divided by points possible and then multiplied by 1,000 to equal the team’s APR score.

For instance, a men's basketball team with 13 scholarship athletes could have up to 52 possible points in a single year. If that team's single-year retention and eligibility scores total 50, its single-year APR score would be 962.

APR scores can be negatively affected by athletes who drop out or transfer and are not in good academic standing. Programs are not penalized for athletes who opt to pursue a professional career, so long as they are in good academic standing when they are enrolled in classes. Transfers who leave with a 2.6 GPA and are enrolled at another four-year university by the following semester do not hurt the APR score.

The NCAA’s full APR report is expected next week. Penalties, including loss of scholarships and postseason bans, can be assessed for multiple years below the NCAA's benchmark score of 930 in APR.