Washington, Heinrich to transfer from Arkansas 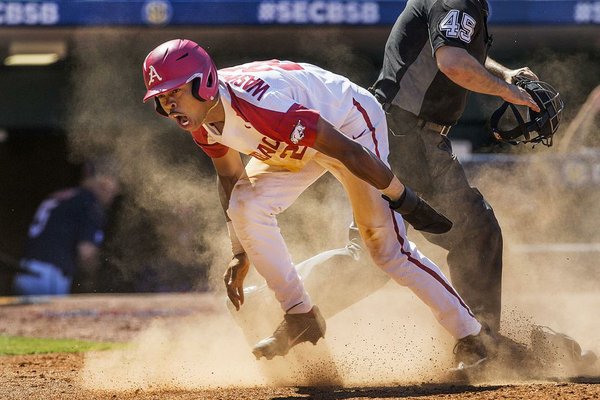 Washington, who is from West Memphis, played in 36 games during two seasons with the Razorbacks, including the 2020 season that was cut short due to the covid-19 outbreak. He hit .353 with three doubles, a triple and a home run as a freshman.

Heinrich did not pitch as a freshman this year. He signed with the Razorbacks out of Marjory Stoneman Douglas High School in Parkland, Fla.

A large number of transfers are expected across college baseball this offseason as teams look to compensate for bloated rosters brought about by the NCAA's decision to grant an extra year of eligibility and MLB's reported decision to shorten its draft to five rounds.