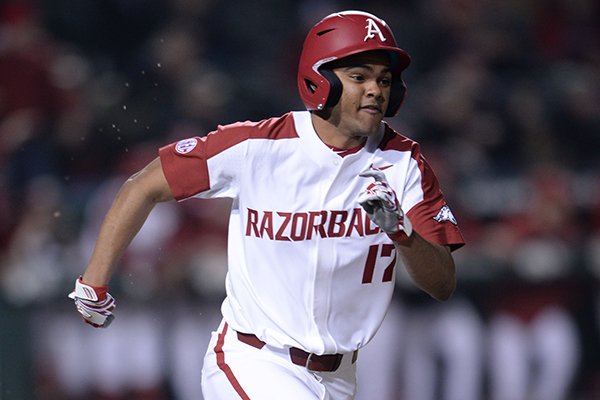 Arkansas freshman Trey Harris runs down the line after recording the go-ahead hit during a game against Louisiana Tech on Friday, March 8, 2019, in Fayetteville.

Harris, a redshirt freshman from Little Rock Christian, batted .257 with 9 RBI in 2019. He was redshirting before the 2020 season was cut short due to the covid-19 outbreak.

Harris could have up to three seasons of eligibility remaining at his next program.

A large number of transfers are expected across college baseball this offseason as teams look to compensate for bloated rosters brought about by the NCAA's decision to grant an extra year of eligibility and MLB's reported decision to shorten its draft to five rounds.