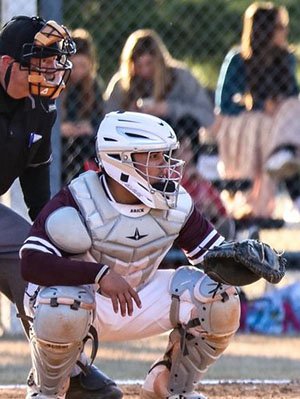 On Wednesdays we feature an in-state prospect who could be flying under the radar of college coaches. This week's UTR prospect is Valley View's JT Chastain.

“He’s an extremely hard worker. The kid has bounced back from adversity with injuries early in his career. He was a key part of our undefeated regular season in football and was off to a great start in baseball but it was cut short. He’s a great kid. Comes from a great family.

“He’s a well-put-together catcher. He’s not very tall, but he’s muscled up and very athletic. He runs a sub 7(-second) 60. One of the things we noticed about JT right off was his opposite-field pop. He was hitting balls out in BP in dead center and right center regularly, so he was in the middle of our order. This pandemic hurt him. He needed to play more. He needed to be seen by people because he had been injured and wasn’t able to be seen.

“His arm is pretty good. It wasn't an elite arm. It wasn’t a sub 2 or anything but he was in the low 2.1s and 2.2s. His arm was getting better as we were going because he was healthy and he was building back up. He hurt his arm in the summer with the Sticks and he finally got his arm healthy so it was getting stronger and stronger.”