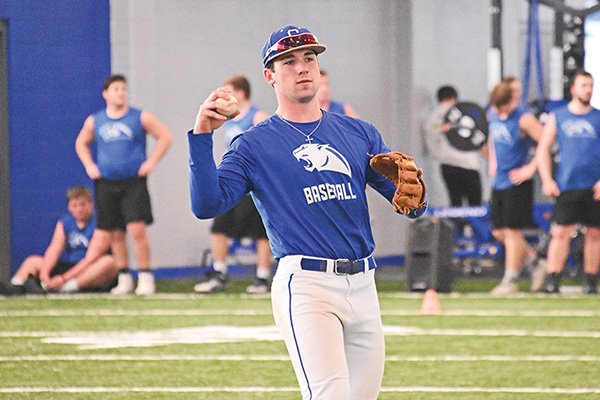 Wallace, a third baseman from Greenbrier, won the award for his combined performance in 2019 and this year’s season when he combined to bat .510 with 7 home runs, 9 doubles, 9 triples and 29 RBI.

He had a .620 on-base percentage as a junior and senior, and was successful in 22 of 23 stolen-base attempts.

Wallace is a candidate to be selected in this year’s shortened MLB Draft. Baseball America rates him the No. 140 prospect this year, when the five-round draft will include 160 picks.

Arkansas has several highly-rated draft prospects in its 2020 signing class. The Razorbacks’ class is ranked No. 3 by Baseball America.