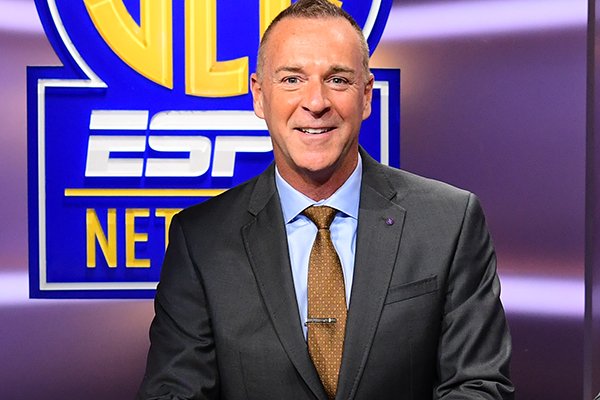 The text from Jimmy Dykes was clear and concise. It matched his work as an ESPN basketball analyst.

I’m biased because he’s my friend, but Dykes is the best on their broadcasts. He isn’t a talking head. He’s an analyst. He tells you why something has happened and what’s likely to be next.

That’s the definition of the job, but many fail to come close. They become a second play-by-play man.

It’s the reason I was excited to read his book, “The Film Doesn’t Lie.”

“Praying it changes the path of just one person,” he said.

Oh, Jimmy, it already did. There were just so many things in each of the 11 chapters that spoke to my heart. It’s a Christian book, and I devoured each page and scripture reference. I knew I would because I know Jimmy.

The book was given so I could write a review, but I take it as my first Father’s Day present of the summer. It will be hard to top. Thanks, Jimmy.

Most reading this probably have a good feeling for Dykes because he’s an Arkansas basketball lettermen, former women’s head coach and also one of the top “talents” at ESPN. He’s come into your living room on TV and his personality rocks.

But when you read his book – and it is the perfect present for any age of father – you will know the real Jimmy Dykes.

Dykes reveals the flaws that he must fight through every day. And, he paints the picture on how to beat them over and over. And, yes, you will have to conquer them again every day.

It’s deep, but you will fly through the 200 pages, all the way to his acknowledgements where he stole a line I once saw on a T-shirt for one of his thank yous:

“And, to our great dog Eli, who laid at my feet every single day as I labored to write a book. I hope to someday be half the man you think I am. You are my forever dog – faithful until the end.”

That’s at the end, but the beginning is as good, where Dykes explains just what film study is at the elite level of college basketball. It’s the way a huge staff of coaches at any Division I team breaks down a tape before ever discussing with the team. It is an incredible process. Then, they immediately go on the court and fix them. It’s not about winning, it’s about the process of film study and immediate fixes.

Appraisal is the key to the process. Dykes turns that around to analysis of our lives throughout the book. The challenge is to look hard in the mirror. Tough film study is what Dykes did in his life and explained how and why. It’s analysis, what he does for a living and really well done.

Dykes has joined many of those for film study, often addressing their teams behind closed doors. You know he’s elite if they bring him to that process.

After reading his book, I can understand why a coach might want Dykes to talk either basketball or faith. Most probably understand he could talk hoops, but you’ll know him as a man of faith now, a stud of a man. 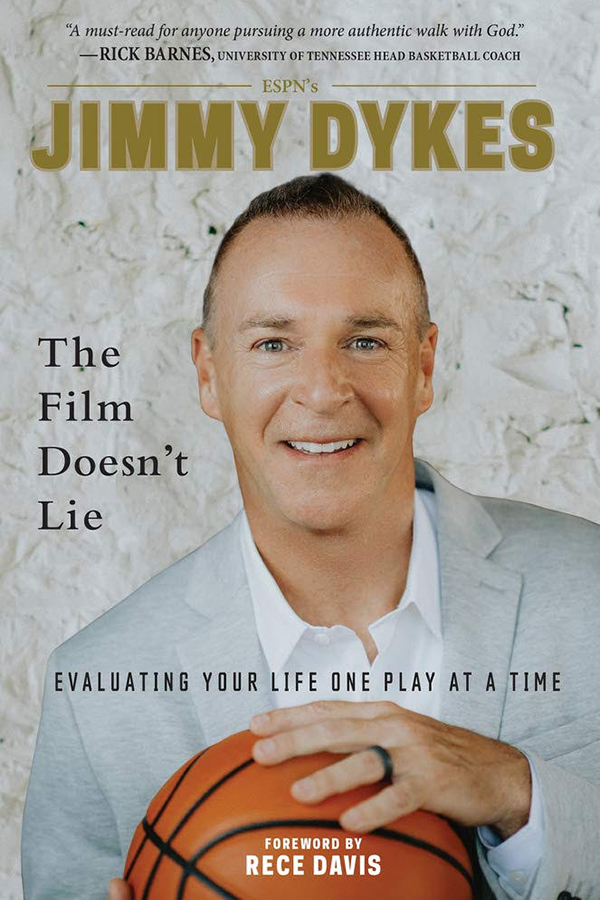 Dykes’ connection with Beard starts in 1994 when he worked a Texas basketball game at Austin. Tom Penders assigned a student manager to drive Dykes to the airport as the game finished. When it went to overtime, making the flight didn’t seem likely.

Except his post-game driver proved tough enough to get the job done. It was a 21-year-old student manager, future Coach Beard. As Dykes sprinted out the back door of the arena, Beard was ready with a car at the loading dock.

“Hop in, Coach Dykes,” Beard said. “I’ll get you there. I’ve already got your luggage in the back seat. Let’s roll.”

Dykes said he saw the same passion and urgency on that mad dash through Austin – with time to spare to make the flight – that Beard coaches with now.

Beard asked Dykes to spend the day with the Red Raiders in the fall of 2018. Dykes returned a few months later to work a game for ESPN when the Red Raiders squeaked past the Razorbacks. That same Tech team lost to Virginia in the NCAA championship game.

Dykes was given a Red Raider wristband after the fall trip with the Red Raider logo, the word consistency and the numbers 4:1. It summed up the Beard philosophy as learned from Bobby Knight. It represents four parts mental against one part physical.

Beard told Dykes, “It means being more mentally tough than physically tough. It’s who we are.”

That’s the lead into what Dykes said is important with toughness, “You do what’s right when it’s hard to do what’s right.” It’s a battle day by day. Obviously, that can be broken down into any area of your life.

The toughness chapter jumps off the pages, but the “Spoken Word” chapter painted a vivid picture to me of something that needed help in my life.

As a journalist (and part-time radio man) it’s obvious that I rely on words to do my job. One thing you learn when writing: edit hard and then do it again. On radio, you can’t take it back once spoken.

I get all of that, but what I needed to read – more than once – is how to choose your words carefully around the ones you love. That would be my wife and daughters, just like Dykes.

As it says in Psalm, “Keep watch over the door of my lips.” Dykes wrote he does this well when on camera, but not so well in his home.

It jumped off the page when he wrote, “The value I place on my professional words has not carried over to other areas of my life.”

Boom, I was convicted. Thank you again, Jimmy.

Some of my favorite pastors (Sam Hannon, Ronnie Floyd) and a host of top coaches (Rick Barnes, Gus Malzahn, Cuonzo Martin) recommend the book. Obviously, I do, too.

The book is available at Amazon or Barnes and Noble, but the fun thing to do is to order directly from Dykes’ website (CoachJimmyDykes.com) because you’ll get a personal note and a signed copy.

You will thank me. I wish you all a happy Father’s Day just a few weeks early. It was for me.