A divine reunion for the Suttons 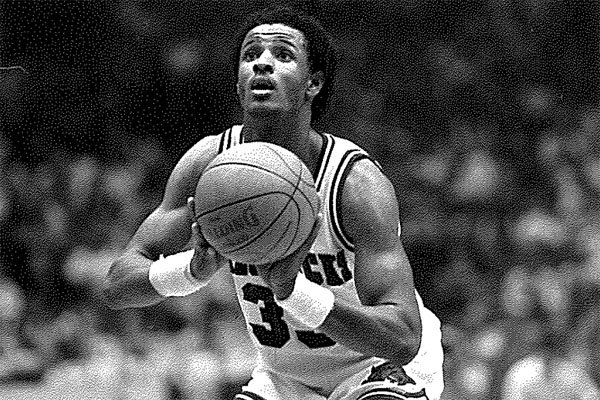 Leroy Sutton was a four-year letterman at Arkansas between 1979 and 1984.

FAYETTEVILLE - Should they run into each other in an afterlife, presumably it serenely differs from their run-in as player and coach.

Eddie Sutton, the Hall of Fame coach whose 37 years career included coaching Arkansas from 1974-85, died last Saturday at 84 at home in Tulsa after years in bad health and a series of strokes.

Leroy Sutton, an Arkansas forward from 1980-84 originally from South Bend, Ind. and last Sunday tweeting condolences about his late coach, died unexpectedly Tuesday at 59. Leroy died in North Little Rock where he was minister of music at the Full Counsel Christian Fellowship Church.

Ranking so highly on Eddie Sutton’s Razorbacks among the kindest and dapperest off the court and certainly No. 1 piano man that Razorbacks teammates called him “Sweet Leroy Sutton,” Leroy nonetheless got Eddie's nose out of joint.

A 3-on-3 fast break practice drill that McDonald said Eddie Sutton ran in practice in the 1970s with Triplets Sidney Moncrief, Ron Brewer and Marvin Delph was running in a 1980s practice with Leroy Sutton and probably All-American guards Darrell Walker and Alvin Robertson, best that McDonald recalled.

“It’s one man in the middle and one on each side running their lanes passing back and forth without the ball touching the floor,” McDonald said. “They were doing what they were supposed to be doing. Coach Sutton just happened to be in the wrong place at the wrong time and didn’t get out of the way fast enough. He wasn’t watching for them and they weren’t watching for him. As Borys Malcyzcki used to say, Coach Sutton ‘had a malfunction at the junction’ and got clobbered by Leroy.”

The late Borys was a Razorbacks legend in his own right as a Polish born/Polish-accented football assistant become Pabst beer distributor and periodic emergency basketball referee.

“Oh, boy, Borys, 6 on 5!” Joe Kleine once said when a blizzard stranded an assigned referee.

It was horrifying, Eddie’s broken nose the least of it.

“Leroy was really distraught,” McDonald said. “He thought he had just done the worst thing and would get kicked off the team. His mental condition was worse than Coach Sutton’s nose and Coach Sutton knew that.”

No forgiveness required, but Leroy felt it anyway. He gave back a hundredfold.

Eddie recruited envisioning Leroy as the suffocating, quick defensive stalwart doing his complementary scoring, trashing inside which Leroy did expertly.

Even broken, Eddie had the nose for what fit.