UA women to play in Gulf Coast Showcase, travel to SMU in December 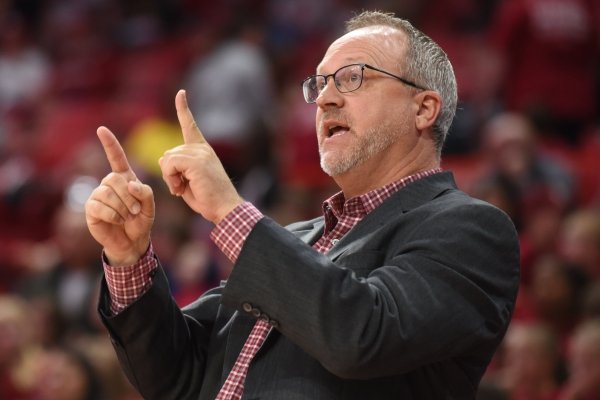 FAYETTEVILLE — Arkansas’ women’s basketball team will take part in a multi-team event in Fort Myers, Fla., later this month, according to a release.

The Razorbacks will play in the Gulf Coast Showcase on Nov. 27-29 and are scheduled to face Wake Forest, Florida Gulf Coast University and Maryland on consecutive days.

“Challenging your team with an appropriate schedule is always a priority,” Arkansas coach Mike Neighbors said in the release. “Three quality opponents in three days will test us immediately in the non-conference portion of our schedule.”

Arkansas will meet host Florida Gulf Coast in its second game. The Eagles, which won 30 games a season ago, were selected last month by Atlantic Sun Conference coaches to repeat as league champions.

Andrea Cecil, a 6-1 graduate transfer guard from Bowling Green, was named to the preseason All-ASUN team. Florida Gulf Coast led the country in 3-pointers made per game (12.0) in 2019-20.

The Razorbacks will close play in the event against Maryland, where Arkansas graduate transfer guard Destiny Slocum began her college career and won Big Ten freshman of the year in 2017. The Terrapins finished 28-4 overall and 16-2 in Big Ten play last season.

Ashley Owusu, who averaged 12 points and 5.4 assists per game, earned the league’s freshman of the year award in 2019-20. Similar to Arkansas, Maryland features a high-powered offense that scored 82.8 points per game last season.

There are now six confirmed games on the Razorbacks’ 2020-21 schedule. Arkansas is also scheduled to host Baylor on Dec. 6 and Central Arkansas on Dec. 13, and travel to SMU on Dec. 9.

SMU posted a 13-16 record last season and was 7-9 in American Athletic Conference games.

In September, Neighbors told the Arkansas Democrat-Gazette that he wants to keep the program's game against Arkansas-Little Rock that was originally scheduled for Dec. 19 in Simmons Bank Arena in North Little Rock, but a date has not been finalized.