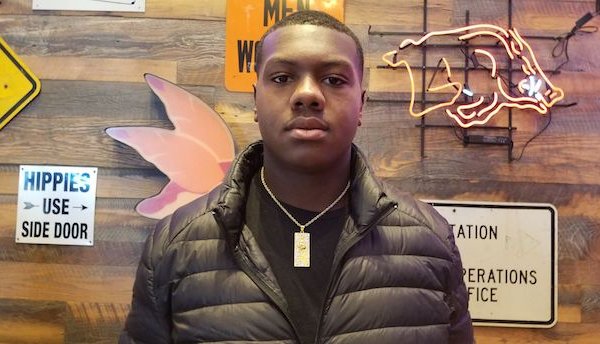 FAYETTEVILLE — Three of the state’s top offensive and defensive linemen will battle in Wynne on Friday with a lot on the line.

The three are friends and spent some time working out together in the offseason.

“They’re both great athletes, and Maumelle has many more great players, so it will be the biggest challenge we’ve faced this year,” Wells said.

Chamblee, whose team has won its last four games, has great respect for Wells and Wynne.

While Chamblee just plays offense, Davilier will likely see some time against Wells.

“Terry is a very good offensive lineman,” Davillier said. “He is big and he is strong.”

Davillier is clear what the biggest challenge is going to be Friday - the Yellowjackets’ flexbone offense.

“They have been running their formation for 40-years plus, so the defense just has to step up like we have been doing and just take on all of our assignments,” Davillier said. “If we do that, we can come out with a win.”

Maumelle has allowed just under 19 points per game this season.

“We have been getting better every game and just try and do as much as we can,” Davillier said. “I think we can clean up on a couple of things. I think we have the best defense in the state of Arkansas.”

Maumelle head coach Kirk Horton notes it is all about discipline.

“When it comes to playing Wynne or any well-coached flexbone team, they test your team discipline, test your ability to tackle, test your physicality up front and really just your discipline in doing assignment football,” Horton said.

“If they find a an average weakness you have, they are going to exploit it. A lot of times against spread teams, a really athletic team can get away with making mistakes sometimes, but against a team that runs flexbone as well as they do, you have to play very disciplined football and tackle well.”

Wynne has not played since a 49-26 win over Forrest City on Oct. 30. A Nov. 6 game against Nettleton was forfeited to the Yellowjackets.

“We struggled again on offense,” Horton said. “We move the ball, but our big playmaking ability is just not here like it was last season. We have to sustain drives a lot longer, and at times that has been a challenge for us.

“Our defense has been really consistent, though. They are always going to give us a chance to win the game. It will be a different challenge for us this week, but I believe they will be up for it.”

Maumelle was unable to play three weeks this season due to covid-19 concerns, something that has made Horton’s weekly motivational speeches pretty easy.

“We have talked about it every week: This could be our last week,” Horton said. “That’s been the mindset since Week 1. I mean, we didn’t even know if we were going to have a season, but it really has been an eye-opening experience to see how our kids have taken that challenge and just put their best foot forward each week.

“My speech has been real easy each week this year. 'Guys, this could be it, so don’t have any regrets.’”

All three players are excited by what they have seen of the Razorbacks (3-4) this season.

Wells, Arkansas’ first of 19 pledges in 2021 and the top player in the state per 247 Sports and Rivals, chose the Razorbacks over Miami, Kansas, Arkansas State, North Texas and Southern Miss.

“I’m very excited,” Wells said. “They’re getting better and better each week. The coaching staff and players are working together to get this thing turned around. When the class of 2021 comes in, the turnaround will be even bigger.”

"They are great coaches,” Chamblee said. “I pretty much talk to them every day. Them turning the program around up there is really big. I can’t wait to see what they do next year as well.”

“Coach Pittman is changing the program around and I love what he is doing there,” noted Davillier, a consensus three-star prospect. “They are going to be a great football team in the future. They have some improving to do, but I like the direction they are going.

"I’d say that me and the Arkansas coaches talk twice a week.”