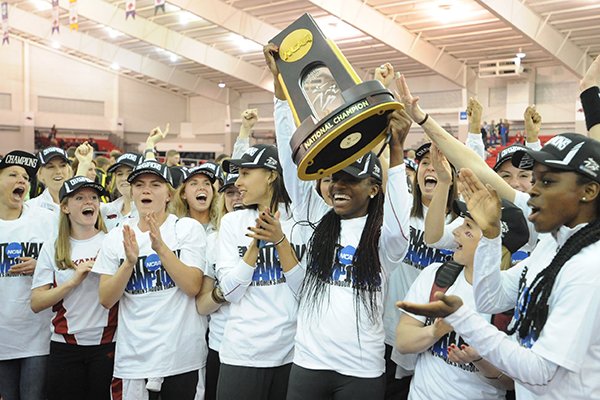 The Razorbacks will host NCAA regional events in gymnastics and outdoor track & field in 2024, a men's golf regional in 2025 and the 2026 NCAA Indoor Track & Field Championships.

The NCAA announced more than 450 future hosting sites through 2026 on Wednesday. It was the organization's first mass site announcement in three years.

Arkansas has hosted the national indoor meet at Randal Tyson Track Center 12 times, and is scheduled to host it again in March 2021.

John McDonnell Field, where the track programs compete outdoors, has been a frequent host site for NCAA preliminaries, and will also host in 2022.

The 2024 gymnastics regional is also the second future regional scheduled in Fayetteville in that sport. Arkansas previously was announced as a host for a regional at Barnhill Arena in 2022.

Blessings Golf Club in Johnson last hosted an NCAA regional in 2013. The course was also the site of the NCAA championship round in 2019.