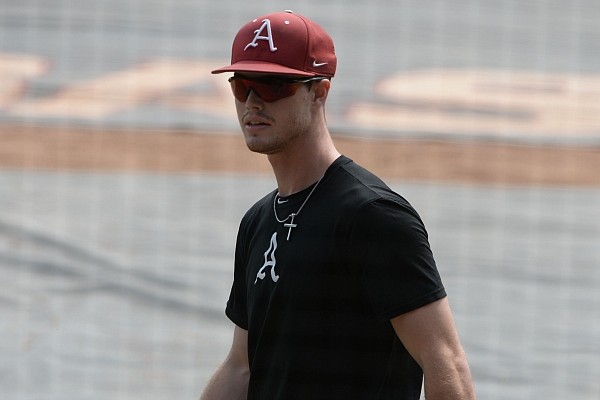 Two days after scoring a combined 23 runs in the first game of the Fall World Series, it looked like pitching was going to command Game 2, but an 11-run bottom of the sixth pushed the Red team to an 11-0 victory.

Designated hitter Matt Goodheart started the barrage of runs with a solo shot to right-center field off of freshman right-hander Nathan Rintz.

The Red team was far from done. After a walk to Braydon Webb, Brady Slavens got his first hit of the inning with a line drive to right field, scoring Webb and giving Red a 2-0 lead. That would end the day for Rintz.

Freshman right-hander Nathan Wohlgemuth came in to stop Red's rally, but instead he gave up two hits, two walks and Red extended its lead to 6-0.

Sophomore right hander Miller Pleimann relieved Wohlgemuth for Black, but he gave up a double, two singles and a three-run home run to Slavens, which gave Red an 11-0 advantage.

Before the breakout sixth inning, the story of the seven-inning game was runners left on base. The teams combined to leave 15 runners on.

In addition to his solo home run, Goodheart went 3 for 4 with a pair of runs driven in and two runs scored.

Red evened the best-of-seven Fall World Series at 1-1. Arkansas coach Dave Van Horn said earlier in the week that all seven games will more than likely be played no matter the results of previous games.

Game 3 will be played Monday at 3 p.m. Fans are not allowed to watch at Baum-Walker Stadium, but the series is being televised on SEC Network+.