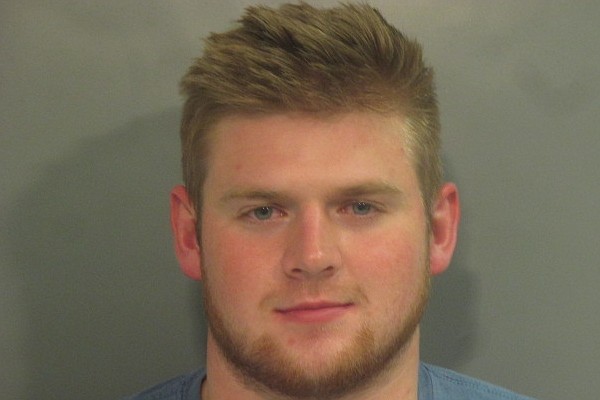 FAYETTEVILLE — University of Arkansas linebacker Jake Yurachek, the son of UA Athletic Director Hunter Yurachek, was arrested just after midnight on Sunday by the UA Police Department and now faces suspicion of DWI and other charges.

Yurachek and the Razorbacks had a few hours earlier nailed down the program’s first SEC home victory since 2016, snapping a 12-game losing streak in such games with a 33-21 victory at Reynolds Razorback Stadium.

Yurachek, 20, also faces charges of careless driving and possession of fraudulent identification in the incident, which occurred after a UAPD officer spotted Yurachek’s Silverado truck strike a curb at the corner of Dickson St. and Harmon Ave.

According to the UAPD report of the arrest, the officer smelled the odor of intoxicants coming from the vehicle after Yurachek was stopped and noticed that he had bloodshot watery eyes.

The report states Yurachek produced a Texas driver’s license that identified him as Hunter Yurachek. He was taken into the Washington County Detention Center after the arresting officer performed a field sobriety test.

According to the report, Yurachek agreed to give a breath sample and produced a final reading of 0.178 on the blood alcohol count.

Yurachek is facing a hearing Monday in Fayetteville District Court and has been assigned a trial date on the charges of Nov. 20.