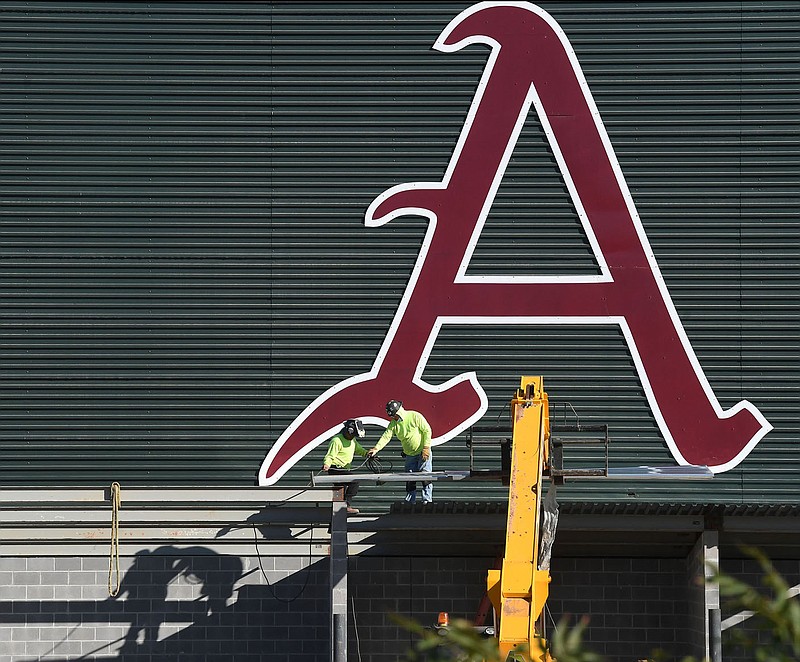 Black gets a run back on a single by Matthews. He advances to second on catchers indifference. Then is hit home on a Bates single.

That's it though and that's the game.

So the wifi has been down, that's why updates haven't been happening. Here's a brief synopsis.

Cayden Wallace singled in the 6th and scored Christian Franklin to tie the game.

In the bottom of the 6th Red got three runs on a Casey Opitz double that scored Slavens, and then Zach White hit a two-run homerun.

Ryan Costeiu in to pitch for the Hogs.

Wicklander gets Braydon Webb to strikeout for out number one.

Evan Taylor in to pitch.

Red gets a runner home on a throwing error by Battles at shortstop. It was a tough play. Battles went deep into the hole to get the ball, but a good throw would have gotten the runner. Slavens was running on the play and scored from second.

Bases loaded now after an infield single from Brooks.

Taylor gets Cobb to strikeout and that ends the threat in the 4th inning.

Black goes down in order. Lockhart locked in through 4 innings.

Wicklander strikes out the first two batters again. Walks Moore and gets a flyout. Another pitchers duel has broken out at Baum-Walker.

Black gets runners on 1st and 2nd with 1 out. Christian Franklin at the plate.

Franklin singles up the middle, but center fielder Braydon Welch throws Charlie Welch out at the plate for out number two. That throw was right on the target from Webb. Welch is not the most fleet of foot, so if there is a quicker runner I think he scores, but Webb's throw couldn't have been much better. He had to run a long ways to get to it.

A wild pitch advances the runners to 2nd and 3rd.

Lockhart gets Goodheart to swing at a breaking ball in the dirt for out number three. Good job by Lockhart to work out of the jam.

On cue Wicklander strikes out two batters swinging, and gets the next batter to fly out.

No score through two innings of this seven inning contest.

Just a note the wind is blowing in from right field so we'll see if having the J.B. & Johnelle Hunt Baseball Development Center in right helps ball fly out that way.

A one out single frm Ethan Bates is all the Black team can muster in the bottom of the inning.

Excited to see what Wicklander brings today on the mound. So far so good, but I want to see if he can take his outing four innings.

Patrick Wicklander walks Braydon Webb after a battle, but that's it for the Red team.

Lael Lockhart sets down the top of the Red team lineup in order.