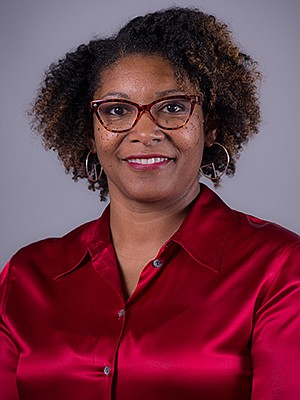 The committee selects and seeds teams for the NCAA Tournament each year. Dawkins is the first UA representative chosen for the 10-member committee.

Dawkins said her appointment to the committee is a chance to honor her late mother, Nina Mae Bost, who played basketball at Livingston (N.C.) College in the 1950s.

"She would be so excited to know that I will have a hand in selecting the NCAA Tournament field and in continuing to promote the game she loved," Dawkins said.

Dawkins is in her fourth year at Arkansas, where she serves as the program's senior woman administrator and is the sport administrator for the Razorbacks' women's basketball and men's and women's cross country teams. She was hired in 2016 from the University of Alabama-Birmingham.

“Derita is an outstanding leader within Razorback Athletics, at the University of Arkansas and throughout intercollegiate athletics,” UA athletics director Hunter Yurachek said in a statement. “Her passion for student-athletes and their well-being is always at the forefront of her focus and commitment.

"I know that the committee will benefit greatly from the addition of Derita’s experience and perspective as it works to enrich and grow the game of women’s basketball.”