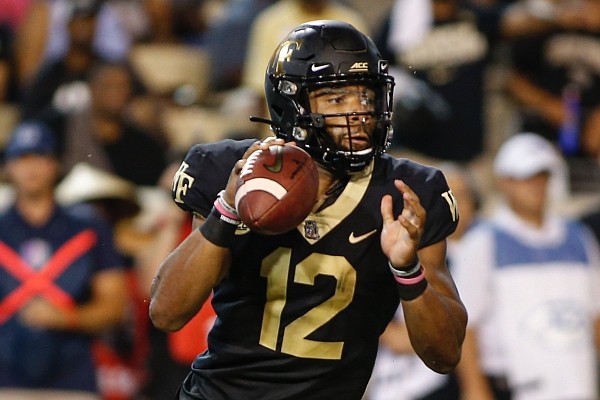 Georgia quarterback Jamie Newman is opting out of the 2020 football season.

A graduate transfer from Wake Forest, Newman landed at Georgia in January and was considered to be the frontrunner to lead the Bulldogs’ offense this fall following quarterback Jake Fromm’s departure to the NFL.

Before transferring, Newman passed for more than 3,900 yards and 35 touchdowns against 16 interceptions with the Demon Deacons. He also ran for 826 yards and 10 scores.

Next in line at quarterback for Georgia appears to be USC transfer JT Daniels, who committed to the Bulldogs in May after entering the transfer portal a month earlier. In mid-July, Daniels was granted immediate eligibility by the NCAA.

A former five-star recruit, Daniels quickly earned the starting quarterback job with the Trojans as a freshman and threw for 2,672 yards and 14 touchdowns. In 2019, he suffered a season-ending knee injury in USC’s first game of the season.

Arkansas is scheduled to open the 2020 season against Georgia on Sept. 26 in Fayetteville. Kickoff is set for 3 p.m., and the game will air on SEC Network.

On Tuesday, Razorbacks coach Sam Pittman said Arkansas has not yet begun game prep for the No. 4 Bulldogs.

“It's way too early for that."