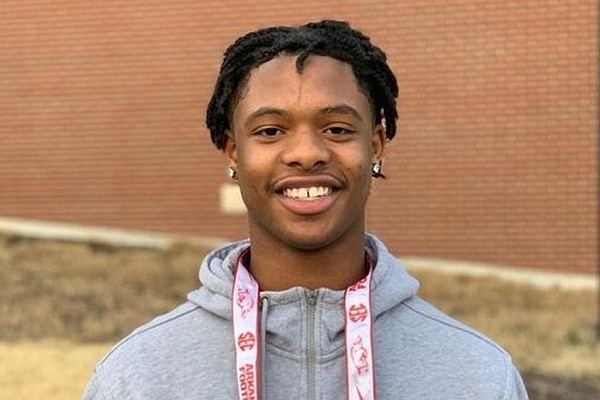 FAYETTEVILLE — Arkansas once landed a standout quarterback from Missouri named Steve Atwater who would end up changing sides of the football and turning into an All-American and NFL Hall of Fame safety.

Some 33 years later, the current Razorbacks staff is hoping that another Show Me state prospect can become a defender akin to Atwater, arguably the school's greatest safety who holds the career interception record with 14.

That prospect is Kansas City Lincoln Prep Academy star linebacker Jermaine Hamilton-Jordan (6-1, 205), who is coming off a junior season in which he recorded 150 tackles – 18 for lost yardage – and nine sacks.

“He is a kid that plays all on instinct,” Lincoln Prep head coach William Lowe said. “Jermaine makes any kind of tackle that the situation deems appropriate. If he is shooting a gap to get in the backfield, he will take a guy’s legs out. If he needs to run through a running back in the backfield, he’ll do that. He is just a football player.

“The best way to put it is that the game just comes easy to him. The speed of the game is slower to him than it is to everybody else. The instincts that Jermaine has and the way he can close to the football is pretty special.”

Hamilton-Jordan, who chose Arkansas over Iowa State, Kansas State, Kansas, Washington State and others, racked up 11 tackles in his team’s 42-0 win over Benton last Friday.

That effort earned him high praise from Benton head coach Kevin Keeton, according to Lowe, who also has Auburn senior defensive end pledge and Arkansas recruiting target Tobechi Okoli (6-5, 250) on his squad.

“We have quite a bit of talent on this year’s team, but Jermaine still tends to stand out,” Lowe said. “He made the first tackle of the game in the backfield and kind of just went from there. He ended up with 11 solo tackles, two for lost yardage.

“After the game, their coach came over – he is a long-time head coach in this area – and said Jermaine is the best defensive player that he has played against in 22 years.

“That’s pretty high praise because this guy has been all over in the Kansas City area and St. Joseph area. He has seen a lot of football. He told that to me and he said the same thing to Jermaine.”

Hamilton-Jordan showed off his speed from sideline to sideline.

“The team we played this past weekend was a running team and they had us outflanked on the edges a couple of times,” Lowe said. “Their coach said, ‘I thought we were going to have some big 10-15 yard gains and No. 36 (Hamilton-Jordan) closed the distance so fast, we only got 1-2 yards.’ He just plays at a pretty fast speed.

“The good thing about Jermaine is that he is a great open-field tackler. I don’t know, and I am not just saying this, if I have ever seen Jermaine miss a tackle in the open field.”

Hamilton-Jordan was named the Ronald Warren Outstanding Linebacker Award winner by the Kansas City Football Coaches Association as a junior.

He is continuing to work on his skills with an eye where he will play in college.

“I know that Jermaine is going to play in space once he gets to Arkansas as an outside linebacker or strong safety,” Lowe said, “so what he is working on for us is he goes with our defensive back coach sometimes during individual periods and drills because he knows that is something he has got to work on to play at the SEC level. He needs to continue to get his feet better in space, continue to work on his quickness.

Lincoln Prep went 12-1 last season as it continued a rapid rebuild under Lowe, who took over three years ago.

“Jermaine’s freshman year we were 3-7 and and it was my first year as the head coach and we took some lumps,” Lowe said. “He is a four-year starter. He could have transferred to another school, a private school or a suburban school where the wins would have come easy, but he was pretty loyal and stuck around and helped us build the program from the ground up.

“Our first year we were just trying to win a game, our second year we tried to win the league, last year our goal was district champs, and this year it goes without saying: We are trying to win a state championship.”

Lincoln Prep offensive coordinator Donnell Fletcher was a running back at Arkansas in 1995-96.

“Jermaine had a great visit down there,” Lowe said. “Our offensive coordinator went down there and played there for a year. So we have some ties down there, but I think what sold him the most was his relationship with the coaching staff.

“Coach Odom offered him and then Coach Carter got really close to him. You know from covering college sports that a lot of it is relationships with the kids, especially with kids from our school who want that relationship of family. That is what we have built at our school – a family-type atmosphere. Jermaine will come for dinner, a lot of our kids will. They want that family atmosphere.”

“Jermaine was offered by some other schools before Arkansas, but he really felt comfortable that Arkansas, where it is more of a family-type deal like here.”