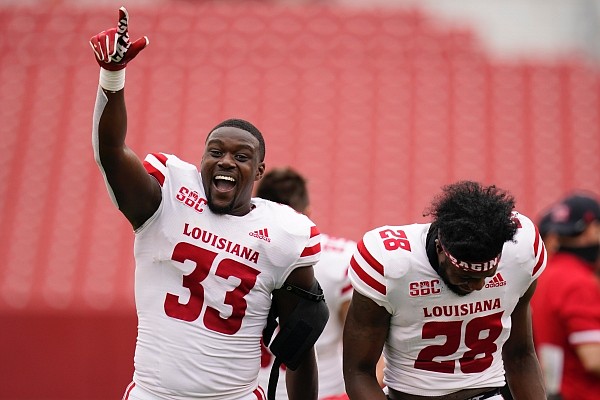 Well, having just completed my Week 2 ballot for the Associated Press Top 25, I can say that was probably the strangest rankings compiling exercise I’ll ever conduct.

For starters, the 62 voters were asked to drop all the schools who are not playing football right now, so that wiped out nine teams from my preseason ballot due to inactivity. General incompetency jettisoned another team (Iowa State, a 31-14 loser to Louisiana-Lafayette) so 10 teams had to be replaced.

Then there’s the covid-19 factor. Memphis halted football activities late last week due to “significant” numbers of players in quarantine due to contact tracing protocols, as well as an unspecified number of positive tests. BYU and Virginia Tech have also been impacted, as well as other schools. Oklahoma reportedly had a large number of regulars out of action for its 48-0 win over Missouri State.

The SEC, which elected to give its campuses a few weeks to adjust to the influx of returning students before kicking off, will resume in two weeks. Certainly many SEC rosters would have been dotted with coronavirus-related absences had those schools opened their seasons this weekend.

The Big 12 might be wishing it hadn’t gone with the conference games plus one non-conference format after Iowa State, Kansas State and Kansas went down in order against scrappy Sun Belt clubs Louisiana-Lafayette (it isn’t “Louisiana” folks), Arkansas State and Coastal Carolina.

Bottom line, there were more ranking opportunities for the good folks at the Sun Belt and other Group of 5 conferences than ever before this week, and I gave some of those teams votes.

The biggest riser for me was Pittsburgh, which leapt from unranked to No. 13 after smashing Austin Peay 55-0.

The SEC holds eight spots on my ballot, including six in the top 10.

I inserted UL-Lafayette at No. 21 after the Ragin’ Cajuns relied on special teams and big plays to tame the Cyclones. According to the Washington Post, the Cajuns’ streak of 1,109 consecutive polls without being ranked was the longest drought for a team that had previously been ranked. That streak ended Sunday.

I considered ranking Arkansas State after the Red Wolves’ thrilling 35-31 win at Kansas State, sparked by receiver Jonathan Adams Jr. and an effective quarterback rotation of Logan Bonner and Layne Hatcher. You’ve got to give Blake Anderson credit for staying with that rotation, even under weird circumstances, as the backup Hatcher led the game-winning drive. The Red Wolves got their second win over a Power 5 opponent since joining the FBS in 1992, adding to an 18-14 victory over Texas A&M in 2008.

However, my final few spots were taken by Louisville, West Virginia and Kentucky, as the Red Wolves are 1-1.