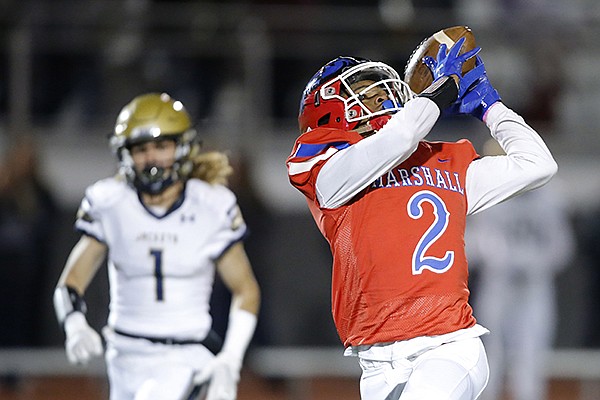 Six of Arkansas’ 19 pledges in its 2021 grid recruiting class are from the state of Oklahoma and that should come as no surprise because of the Razorback staff’s ties to the state.

Razorback head coach Sam Pittman was born in El Reno and grew up in Grove. Arkansas defensive coordinator Barry Odom is from Ada and tight ends coach Jon Cooper played at the University of Oklahoma and started his coaching career there.

“After I graduated from Oklahoma State and I went to other states to coach, it was like unheard of to recruit kids from Oklahoma, unless it was from big schools,” Horrocks said. “But it is amazing how much the talent has grown not only in the big classes, but all classes and I think people are beginning to take notice of that.

“Coach Pittman and his staff are very smart in trying to take advantage of their ties and the talent.”

Fix of Arkansas’ six pledges from Oklahoma its 2021 class are ranked in the top 11 and all six are in The Oklahoman’s Top 30 prospects.

Pittman has made it clear recruits that he will play freshman right away while weighing the fact that you can play up to four games and still retain that year of eligibility.

“Used to I was concerned about redshirting guys and develop guys and all that, but I’ve had so many guys leave in three years,, that I think we’re going to err on the side of playing them,” Pittman said. “Get them out there, play them.

“…Once you get to that fourth game…if I’m halfway close as a young guy to a guy that’s a little bit older, I’m going to err on playing the young guy because I think he’ll pass the older guy. We know what he’s been able to do.

“And of course, we don’t know that necessarily right now about our old team, but we will in the future. But I’m kind of the guy that wants to play whoever I think can help us, regardless of our age, so I don’t know if it’ll really make a big difference or not, to be honest with you.”

As someone who has ties to Arkansas, Horrocks admits he is pleased to see Pittman at the helm of the Razorbacks and pushing into Oklahoma for recruits in an effort to turn the program around.

“I think there is a great future ahead under Coach Pittman,” Horrocks said. “I grew up in Russellville for the longest time and my sister is a high school teacher there. My brother and my sister-in-law went to school at Arkansas so I have always been kind of a secret Hogs fan.

“It has been disappointing about the down years, but I think that the ability of the staff that is in place now with (offensive coordinator) Kendal Briles there and the offensive staff, they are going to do some things that is going to change things. Especially with the type of kids they are getting that will be able to help them win some more games sooner than later.”