High schools get spring back in their step 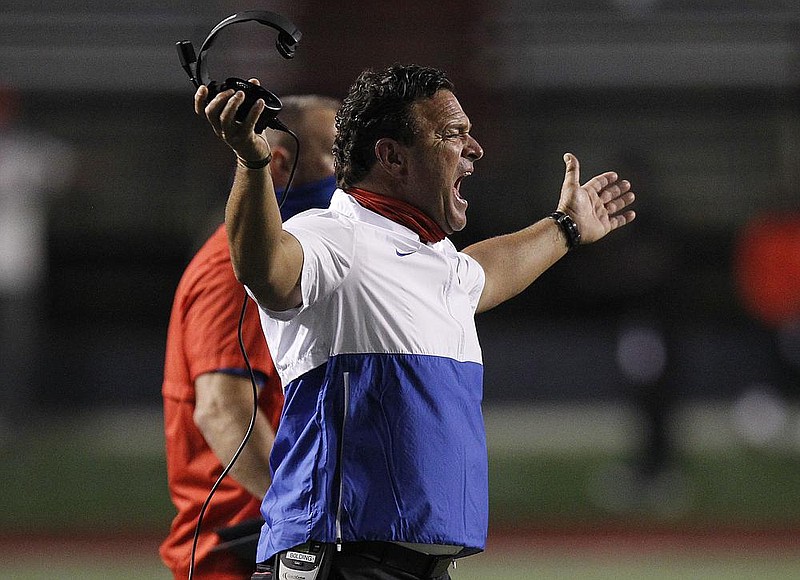 As life returns to some semblance of normality in the sports world under covid-19 protocols, it’s a given that high school football coaches are one of the happiest segments of the population.

It was clear to that group how much missing spring practice – and other team-bonding experiences due to the pandemic – affected the physical, mental and emotional aspects of their teams.

His program is set to have spring practice in May, team camps in June and July, and his players should be able to attend on-campus camps, such as the ones Arkansas is planning to hold this summer.

“Everything is on go for the first of May,” Bolding said of spring practice. “We have got our 10-day window there – it’s actually longer than that because you can spread it out several days and we are planning to do back-to-back days in pads.

“Seven of our practices will be at War Memorial (Stadium) and the other three at Little Rock Hall. I’m looking forward to it.”

“I think it is going to be fun for everybody,” Bolding said. “We missed out on it…It goes without saying that it hurt us last season. We had some returning starters, but it would have helped us so much last year if we had been able to have it.

“We will be way further along this year entering the season with what we can do offensively and defensively, and really on special teams going into the summer. As a coach, I think that is what we are most excited about, being way ahead of where we normally are.”

The spring practice will lead into summer work, which will include facing some other teams.

“We primarily do team camps,” Bolding said. “We host three and they are really good. North Little Rock, Bryant and all the big schools come and we really enjoy it. We have 7-on-7 during that time.

“Both of those are huge because you are banging on somebody else in pads and helmets and you are going against different defenses and offenses. I think that really gets you prepared.

“The only good thing about last year is that we were all on the same playing field. No one was ahead of anyone. If they were, they were not doing what they were told to do.”

One of the only drawbacks about spring practice is that college coaches will not be able to attend as they have in previous years.

Programs like Arkansas would no doubt love to lay eyes on Parkview junior Jaylon White (6-4, 210), a 2022 prospect who has hauled several Division I offers, but has not been offered by the Razorbacks as of yet. White plays quarterback, linebacker and safety.

It appears the NCAA will loosen some recruiting restrictions June 1, but that will be too late for spring practice viewing.

“I think we have done a pretty good job, and I think everybody has, getting what these guys (college coaches) needed while they were thinking outside the box,” Bolding said. “Sending them video of certain drills they want to see them do and things like that.

“A long story short, I think they did what they could do without them getting to actually lay eyes on them. Obviously that is something that coaches really want. I think everybody is tired of video and Zoom calls, so I think this summer is going to be huge, not only for our kids, but for everybody.”