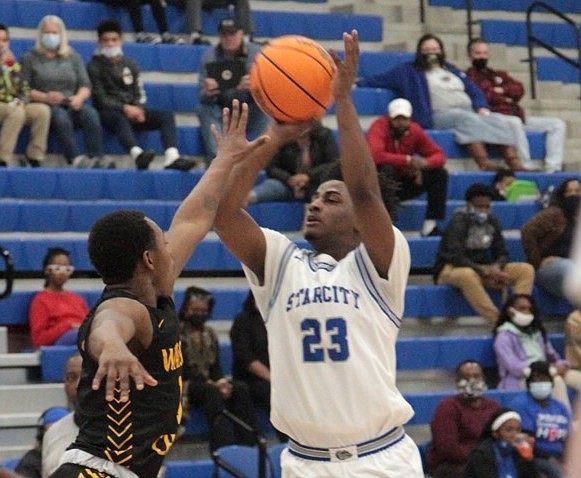 On Wednesdays, we feature an in-state prospect who could be flying under the radar of college coaches. This week's UTR prospect is Star City’s Marvion Scott.

Stats: As a senior, he averaged 23 points, 4 rebounds and 3 assists per game while shooting 45% on two-point attempts and 34% from three-point range.

“Marvion is a very talented scorer. Talking about a guy that can score on three levels. I just think he has a knack for scoring the basketball. He has nice athleticism and is very strong. He can really go to the basket and finish through contact. I think that’s one of his best attributes.”

“You’re talking about a guy that can shoot from three, get beyond the three-point line or deeper. He’s had multiple moments where he’s stopped just across the halfcourt line and pulled up and drained it.”

“Marvion has been a starter here since his freshman year. This year he became the school’s all-time leading scorer with over 2,100 points.”