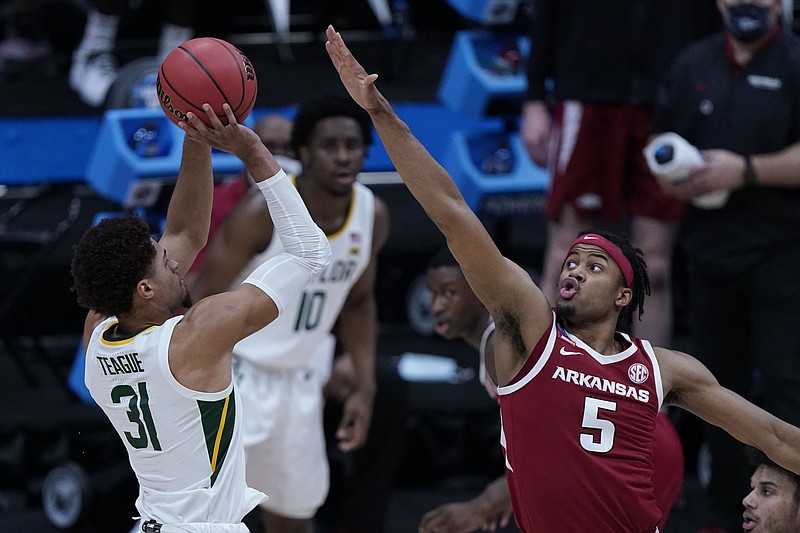 Polls, no matter who conducts them or votes in them, are never perfect.

The final college basketball poll was flawed almost from the start.

It makes you wonder whether the coaches were paying attention, or if they actually cast the vote for who they thought was best at the end of the season.

There’s no arguing the top two.

No. 1 Baylor was the best team in college basketball and won the national championship.

No. 2 Gonzaga was the second best team and made it to the championship game undefeated. Although the Zags were dominated by the Bears, part of that was because they had to go overtime 48 hours earlier to beat the hottest team in the NCAA Tournament, UCLA. More about the Bruins later.

The issues begin at No. 3, where Houston finished.

The Cougars made the Final Four but never faced a single-digit seeded team on the way.

This is not personal, and my family in Houston may not invite me to the next family reunion.

But Houston got run out of Indianapolis by Baylor, 78-59. The Cougars were never in the game and got more dominated than the Zags.

Michigan, a No. 1 seed, was ranked No. 4, but it lost to No. 11 seeded UCLA in the Elite Eight when the Wolverines were down one with 19 seconds left and drew up a play that had about a 10% chance of working.

By then, everyone in the country knew the Big Ten was overrated.

You probably have picked up on a common thread there.

The Arkansas Razorbacks were No. 6 after making it to the Elite Eight, where they played Baylor off its feet. The Razorbacks got within four of the Bears twice in the second half before losing 81-72.

That was the closest game the Bears had during the NCAA Tournament.

Some like to say you can’t compare scores, but it’s done in every game. If you didn’t compare the winner’s score to the loser’s score, there would be no winner and no reason to play.

The Razorbacks were slightly snubbed in the final rankings, but not as bad as UCLA.

The Bruins then took Gonzaga to overtime in the semifinals before losing 93-90 on a Hail Mary shot at the buzzer.

That’s the seventh best team in the country at the end of the season?

No disrespect to the coaches, or whoever voted for them, but their final poll of the season should have been No. 1 Baylor, No. 2. Gonzaga, No. 3 UCLA, No. 4 Arkansas and No. 5 Alabama.

The outcome of the games tell the whole story.