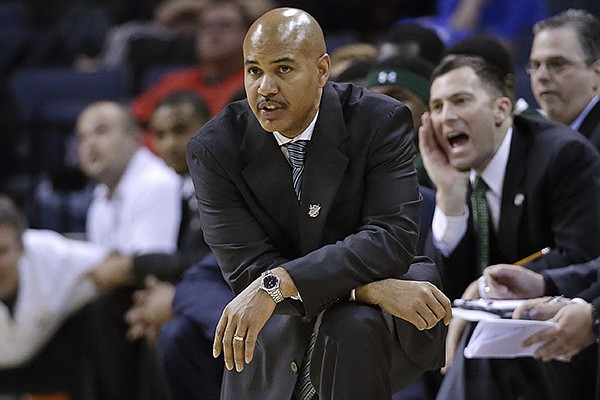 The 56-year-old Heath, an EMU alum, returns to the Mid-American Conference. He was previously the coach at Kent State, leading that program to the Elite Eight in 2002.

“I’m thrilled to return to my alma mater as the head men’s basketball coach,” Heath said. “Eastern Michigan is a special place for me and my family. ... Our goal is to win Mid-American Conference championships and be a perennial NCAA team.”

Heath was an assistant at Bowling Green before joining Tom Izzo's staff at Michigan State. His five-year tenure there included a national championship in 2000.

“Stan was one of the first and best hires I made when I became the head coach at Michigan State and he was an assistant on our national championship team and went to three straight Final Fours," Izzo said. “He was a big part of helping to build our program to what it is today.”

Heath's most recent position was head coach of the Orlando Magic’s G League affiliate. He took over that role in 2017.

“We are so thrilled to welcome back Stan Heath as our new head men’s basketball coach,” EMU athletic director Scott Wetherbee said. “One of the key messages I heard throughout the search process was the desire to find someone with Eastern Michigan connections as well as someone with a strong head coaching pedigree. In hiring Coach Heath, we absolutely have that person."

Heath was 82-71 in five seasons at Arkansas. He replaced Nolan Richardson as the Razorbacks' head coach in 2002 after Richardson was fired.

Heath was fired following the 2006-07 season when Arkansas went 21-14 and lost to Southern Cal in the first round of the NCAA Tournament. The Razorbacks also lost a first-round game to Bucknell a year earlier.

With Heath's hiring at Eastern Michigan, there are three former Arkansas coaches leading Division I programs. Mike Anderson is the coach at St. John's and John Pelphrey is at Tennessee Tech. Dana Altman, who took the Arkansas job for one day in 2007, is the coach at Oregon.