Ingram believes pair of 2025 guards are big on talent 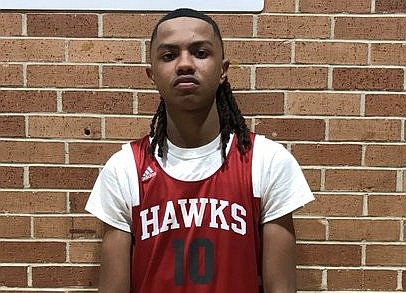 Arkansas Hawks founder and chairman Bill Ingram believes the 14-under Hawks have two very talented 2025 guards who will make a lot of noise this spring and summer.

Ingram sees Terrion Burgess, 6-8, 170 pounds, of Forrest City, being a prospect not often seen in Arkansas.

“Just an incredible talent,” Ingram said. “I can’t remember the last time we’ve had a guy in this state like this that can play all five positions on the floor. He’s the most talented 14-year-old skill-wise and size-wise that I’ve ever witnessed in the state of Arkansas. I look at him and I’m just amazed.

"We could easily play him up with our 15s and he could play on the 16-year-old team. He grew like four inches over the summer. The sky is the limit."

“Harrison Pickett is a big-time player, too,” Ingram said. “He’s a 6-4 two or three player that can play multiple positions. He’s a basketball gym rat. He grew up playing basketball. He’s another 14-year-old who’s a Power 5 player who’s going to be something to watch down the stretch.”

Versatility is a major asset for prospects trying to get looks from college coaches.