Mulkey's switch to LSU has Dauda's situation up in the air 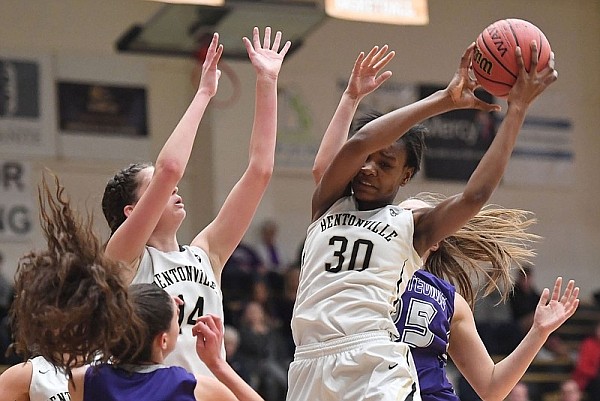 The news of Baylor’s Kim Mulkey leaving to take over the LSU women’s basketball job could have consequences for Arkansas.

Bentonville five-star center Maryam Dauda (6-4), one of two McDonald’s All-Americans in the state this past season, signed with Mulkey and Baylor in the early signing period.

She averaged 17 points, 8.1 rebounds and 2.6 blocks per game while shooting 61.5% from the field and 41.5 percent from 3-point range in her senior season. Dauda is the nation’s top center and 13th-best player overall nationally, according to ESPN.

“As of right now, I have not heard anything from her, but she is a virtual student, so I don’t see her a lot anymore,” Halbmaier said. “She’s also rehabbing her knee.

“But if I guessing, my guess is they are probably going to wait and see who they hire at Baylor. Knowing Maryam, she is a very smart kid and she will take her time and just see how things play out and make the best decision for her and her family.”

Halbmaier said it was an easy job to coach Dauda, who helped lead his team to a Class 6A co-state championship in 2020.

Dauda, who began playing basketball in the sixth grade when she moved from Nigeria, chose Baylor over Arkansas, UCLA, Missouri and numerous other schools.

Missouri State offered her in the eighth grade.

Halbmaier hated that Dauda suffered a knee injury late in her senior season.

“Scoring record, blocks record, rebounding record, she had all that, but she couldn't care less about all that stuff,” Halbmaier said. “She was a once-in-a-lifetime type of player.”