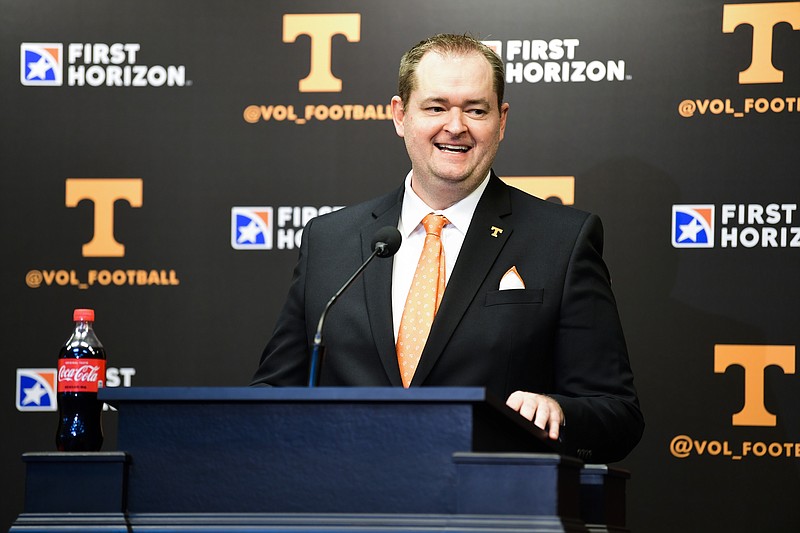 For the second consecutive season, there will be four new head coaches in the SEC.

That’s a lot of coaches, but since Nick Saban became the head coach of the Alabama Crimson Tide 14 years ago, the SEC has had a total of 44 head coaches.

Dan Mullen is the second longest tenured coach with 12 years, but he got nine of those at Mississippi State before moving to Florida.

Mark Stoops has eight years in the SEC, Ed Orgeron eight (three of those were at Ole Miss), Kirby Smart four and Jimbo Fisher three.

The Razorbacks have had five coaches since Saban came to Alabama, but for the first time they seem to have a coach in Pittman who gets it.

He understands the state, the loyalty of the fan base and that this is a new day in college football. You not only have to recruit high school players, you have to be ready to hit the refresh button on the NCAA transfer portal on a regular basis.

According to USA Today, seven women have filed a $5 million class-action lawsuit in federal court against the school.

LSU this week also banned former football player Derrius Guice from the campus and all school activities, then it fired its law firm.

During the pandemic, yours truly probably averaged reading two books a week, sometimes three. Once there were four, but it was a series of shorter stories.

One that was thoroughly enjoyed was “An Undercurrent of Murder” by Joe David Rice.

It all took place in the Buffalo National Park, so while it wasn’t about mainstream sports, there was plenty of hiking and canoeing.

The main character, Randy Lassiter, owns an ad agency in Little Rock. Even though every character comes from Rice’s imagination, you will be reminded of people in the book.

Rice was the Arkansas tourism director for more than 30 years and was a former partner in a canoe outffiter on the Buffalo River, so he knows his geography and made its beauty and challenges a prime part of the book.

He is currently working on a sequel.

Last week, the Arkansas Softball Hall of Fame board of directors met to pick the 2021 class of inductees.

First, it was unanimously decided to not have a banquet for the second year in a row because of covid-19.

That’s the way inductions were held until three years ago when the board decided to have a banquet, which was a bigger success than expected. Hopefully it will return next year because it is like a family reunion.