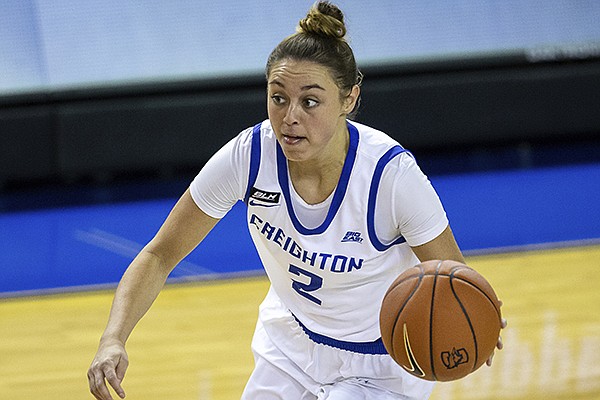 FAYETTEVILLE — Arkansas is scheduled to host Creighton for a women’s basketball game on Dec. 21 at Bud Walton Arena, according to the Bluejays’ schedule that was released Monday.

Creighton was 10-12 overall and 6-7 in the Big East last season. The Bluejays lost 65-64 to Northern Iowa in the second round of the WNIT, one day after defeating Bowling Green.

Creighton is led by 20th-year coach Jim Flanery, whose career record is 346-231.

Arkansas defeated Creighton 84-56 on Feb. 25, 1985, in Fayetteville, in the only previous meeting between the programs.

The Creighton game is the seventh known nonconference game for the Razorbacks in the upcoming season. According to game contracts released through Freedom of Information Act requests, Arkansas is also under contract to host SMU on Nov. 22, California on Dec. 5 and Arkansas-Little Rock on Dec. 12; will play at Connecticut on Nov. 14 and at Arkansas State on Nov. 19; and will play Central Arkansas on Dec. 18 at Simmons Bank Arena in North Little Rock.

Arkansas’ conference schedule will include games against every other SEC team, including home and away games against Tennessee, Mississippi State and Missouri. The SEC dates have not been announced.