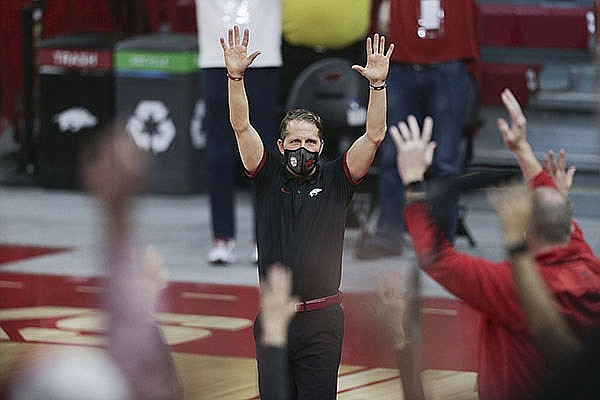 FAYETTEVILLE — Arkansas has added another home game to its nonconference schedule for the 2021-22 season.

The Razorbacks are scheduled to play North Carolina-Charlotte on Tuesday, Dec. 7 in Bud Walton Arena, according to the 49ers' schedule that was released Thursday.

Young averaged 18.0 points on 42.3% shooting and 33.8% from three-point range last season. Starting all 25 games, he made a team-high 45 three-pointers and shot 45.7% on top-of-the-key threes, according to CBB Analytics.

He was also second on the team with 63 assists.

The Razorbacks also have scheduled nonconference home games against Mercer on Nov. 9 (season opener); Gardner-Webb on Nov. 13; Central Arkansas on Dec. 1; Elon on Dec. 21; and West Virginia on Jan. 29 as part of the Big 12/SEC Challenge.

Arkansas is scheduled to play Kansas State on Nov. 22 and Illinois or Cincinnati the following day at the Hall of Fame Classic in Kansas City, and Oklahoma on Dec. 11 in Tulsa.