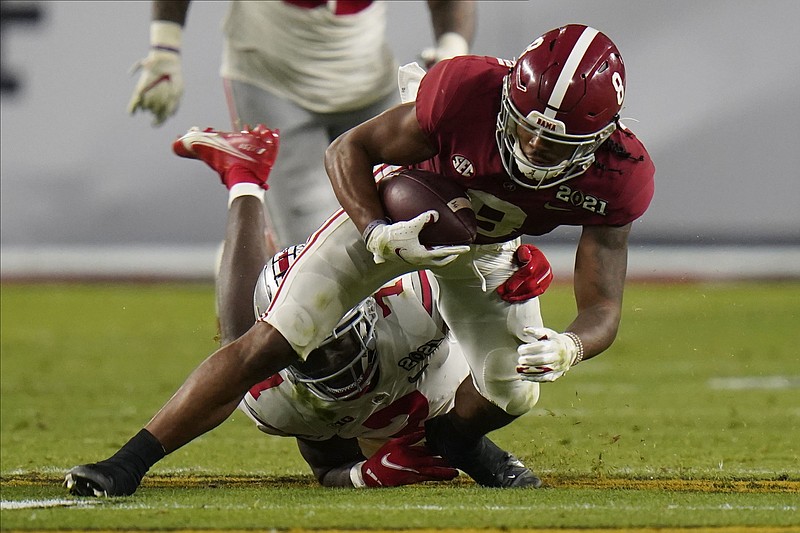 College football Top 25 rankings are in, and the same old four teams are dominating.

The preseason tradition in this space is to predict the final Top 25, which is not decided until after the College Football Playoff.

Injuries, covid and a number of other things are at play.

One team that was really intriguing for Top 25 consideration was UCLA, which brings back 20 starters. This is probably a make it or break it season for Coach Chip Kelly, who is 10-21 with the Bruins.

Maybe it is going out on a limb, maybe not, but the pick here will not be Alabama to win the SEC or national championship.

While it is hard to go against Nick Saban and the Crimson Tide, who have won six national championships in 14 seasons together at Alabama. Even if they don’t win this season, the Tide and Saban win a title two out of every five years, which is an amazing feat.

With that as background, here’s this year’s picks:

1 Oklahoma: No doubt the eight programs left behind in the Big 12 would like to bloody the Sooners’ nose, but they aren’t good enough. Oklahoma’s schedule is about the 35th toughest, so going undefeated is expected. In the CFP championship game, the Sooners will rally for four second-half touchdowns, all through the air, and beat Texas A&M 42-38 in a classic.

2 Texas A&M: The Aggies will win the SEC championship — they get the Crimson Tide at home — and march into the playoffs as the co-favorites with the Sooners to win it all.

3 Clemson: The Tigers will lead Oklahoma at the half 24-18, but the Sooners will tweak three of their passing routes at halftime and catch the Tigers looking at their shoe tops for a 35-31 win.

4 Alabama: In an almost unheard of scenario, the Tide will lose to the same opponent twice in one season, A&M, but finishes an almost respectable 11-2.

5 Iowa State: Only losses will be to Oklahoma and Texas.

6 Ohio State: With a new quarterback and defensive coordinator, the Buckeyes suffer losses to Michigan and Penn State.

7 Georgia: Georgia fans don’t have Kirby Smart on a hot seat, but they are starving for national championship.

10 Wisconsin: Badgers will run it until they can’t run anymore.

13 Notre Dame: Fighting Irish experience some growing pains with only nine starters back.

14 Cincinnati: The Bearcats continue to prove the program belongs in the Big Ten.

16 LSU: The Tigers are better than last season, but are now chasing two SEC West teams.

17 Miami (Fla.): Opens with Alabama and then gets Appalachian State in tough way to open year.

19 Coastal Carolina: The Sun Belt won’t get the credit it deserves.

20 Oregon: Will be higher if the Ducks can beat Ohio State in second game.

21 Indiana: With 17 starters back, including quarterback Michael Penix, the Hoosiers are in every game.

23 Florida: Will improve each week.

25 Oklahoma State: Last half of the Cowboys’ schedule is a nightmare.