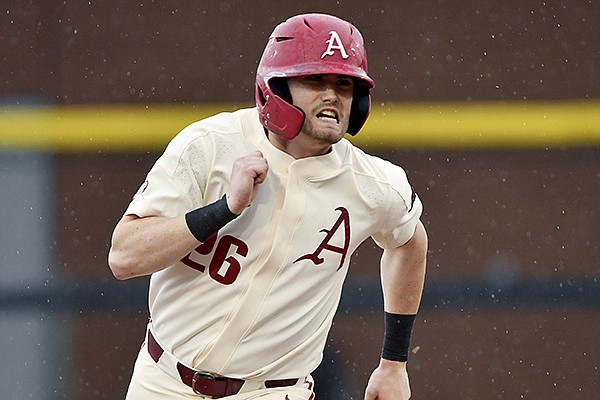 FAYETTEVILLE — Ethan Bates has entered the NCAA’s transfer portal after one season of playing baseball at Arkansas.

Bates, a graduate of Lakeside High School in Hot Springs, started eight times and played in 17 games for the Razorbacks this year. He batted .250, had an OPS of .639 with 6 RBI and 7 runs scored.

Bates is one of seven players who have left the Arkansas program since the end of fall practice, according to a team spokesman. Others who are no longer part of the program include outfielders Landrey Wilkerson and Cameron Leach, infielder Reece McWilliams and pitchers Nathan Rintz, Corey Spain and Lance Teague.

Rintz is in the transfer portal, according to a D1Baseball.com database, and Spain announced via social media that he will no longer play baseball.

Transfers are common after the fall evaluation period. Arkansas had 49 players go through fall ball.

Bates started seven times in the outfield and once at third base as a freshman. He worked out at third base during fall practice this year.

The Razorbacks are scheduled to start preseason practice next month. Arkansas is scheduled to open the 2022 season with a three-game series against Illinois State beginning Feb. 18 at Baum-Walker Stadium.