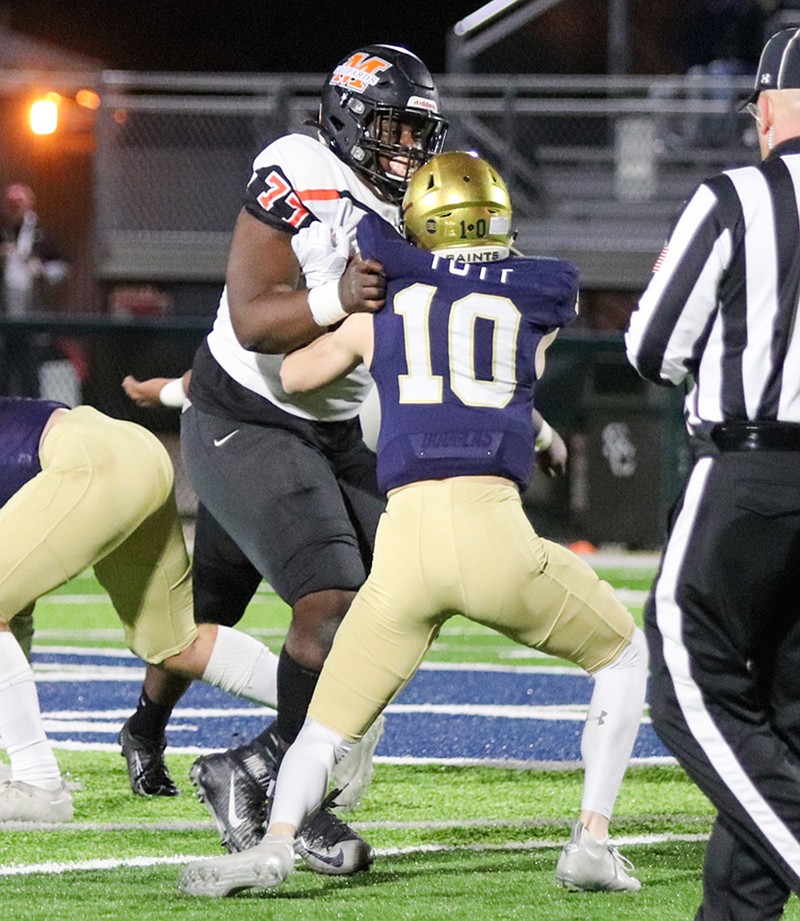 Winters, 6-4, 288 pounds, had an offer from Memphis before getting the offer from the Razorbacks.

“It means a lot coming from the home state and (Coach) Sam Pittman,” Winters said. “I’m looking forward to see what the future holds and what happens. I love it and go Hogs.”

He was moved to varsity in Week 7 from the junior high team that won the 7-4A conference title.

Leopards coach J.D. Plumlee said in December he expects Winters to be 300-plus pounds as a sophomore after going through the offseason.

“In August around fall camp he needs to be sitting around 305-310 and carrying it well,” Plumlee said.

Winters was one of several in-state standouts who met with national recruiting analyst Tom Lemming in Little Rock in early January. He also plays basketball, but also stays involved with offseason workouts for football.

“He’s a kid that will come in three days a week during basketball season and lift with us in the mornings,” Plumlee said. “He’s one of those type of high-character kids. Grades won’t be an issue with him.”