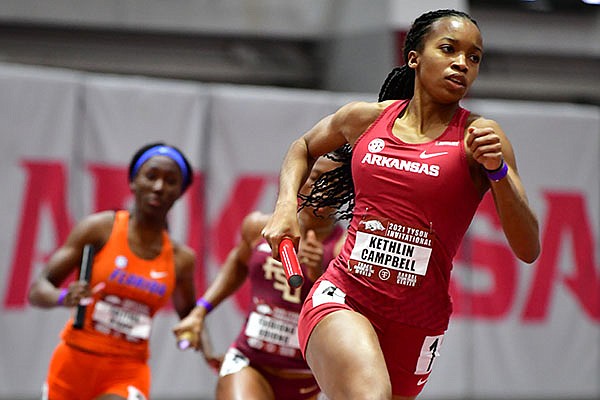 The No. 1-ranked Arkansas women’s team lead the eight-team field through eight events with 76 points, followed by Oregon (38) and Alabama (29).

Arkansas’ No. 3 men’s team got a first-place finish in the pole vault from Etamar Bhastekar, who cleared 17 feet, 4 1/2 inches.

Ruben Banks took third in the weight throw for Arkansas at 70-1 1/2.

Oregon’s Cooper Teare won the mile in a collegiate record 3:50.39 with teammate Cole Hocker second in 3:50.55. They each bettered the previous collegiate record of 3:52.01 set by Edward Cheserek of Oregon in 2017.

The Tyson Invitational continues today with field events starting at noon and running events at 1 p.m.