Ahead of Arkansas game, Aggies hit with 5th consecutive postponement 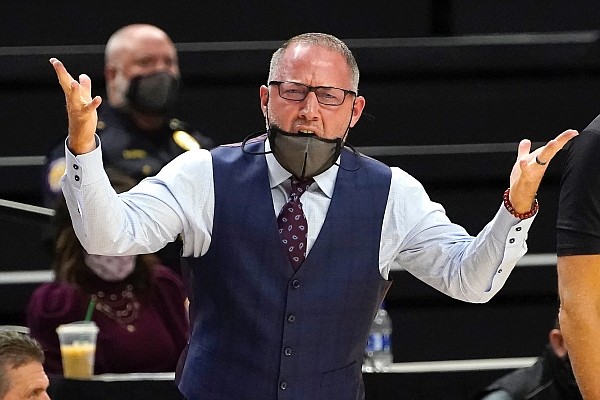 Due to icy weather conditions in the region, the Southeastern Conference announced the Aggies’ scheduled home game against No. 8 Alabama will not be played Thursday. A makeup date has not been determined.

Texas A&M has now had five consecutive games postponed, including four due to covid-19 protocols. One of the covid-19 postponements was for its game at Arkansas on Feb. 6.

The Aggies are scheduled to host the No. 24 Razorbacks on Saturday in what would be Texas A&M's first game since Jan. 30.

Meanwhile, Arkansas (17-5, 9-4) has won seven consecutive games in league play, including a 75-64 victory over Florida on Tuesday.