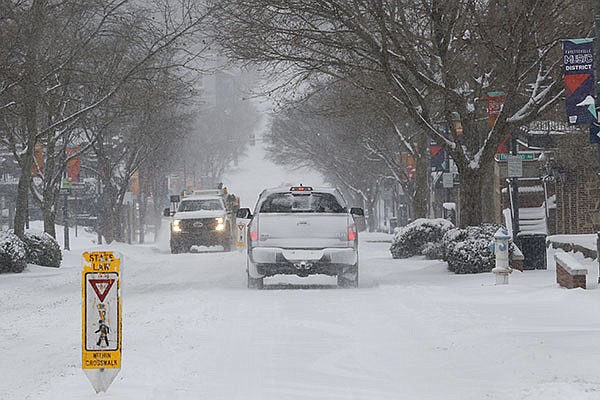 FAYETTEVILLE — The Arkansas-Ole Miss women's basketball game scheduled for Thursday has been postponed due to this week's winter storm.

It will be the first interruption to the Razorbacks’ schedule this season.

"A lot of people have had (them) and we haven't, so I don't have any knowledge of how we will handle it,” Arkansas coach Mike Neighbors said.

No makeup date has been announced for the game at Bud Walton Arena, but Neighbors still wants to play the game.

"There are lots of factors to consider," Neighbors said. "But at this point if we can get it done Thursday or Friday, we'll try to do everything we can do to make it happen.”

Arkansas-Ole Miss was one of seven games — four women's and three men's — scheduled for Thursday that were postponed by the Southeastern Conference office due to weather.

Much of the SEC's footprint has been affected by the winter weather system that dumped several inches of snowfall in some areas and a layer of ice in others. Multiple days of subfreezing temperatures have worsened travel conditions across much of the South.

At least six SEC universities — including Arkansas and Ole Miss — have closed their campus for at least one day this week.