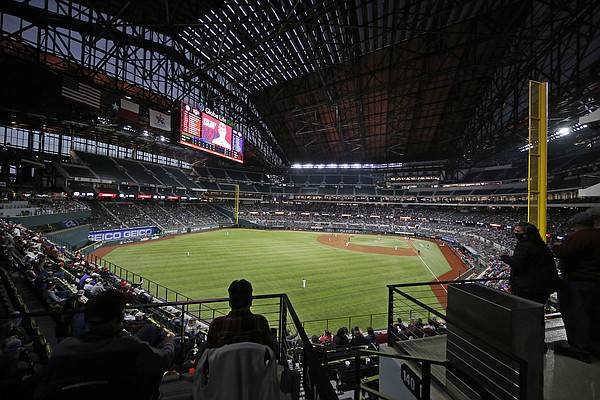 Arkansas will have a delayed start time tonight for the second consecutive night at the College Baseball Showdown.

The No. 8 Razorbacks are scheduled to play No. 10 Texas at 7:45 p.m. — 45 minutes later than originally scheduled due to the length of the preceding game between Ole Miss and Texas Tech. The game will be played at Globe Life Field in Arlington, Texas.

Ole Miss defeated Texas Tech 5-4 in a game that did not end until 7 p.m.

Arkansas' game against Texas Tech on Saturday began 1 hour, 20 minutes later than originally scheduled due to a lengthy game before it. The Razorbacks won the game 13-9, and didn't finish the game until 12:39 a.m.