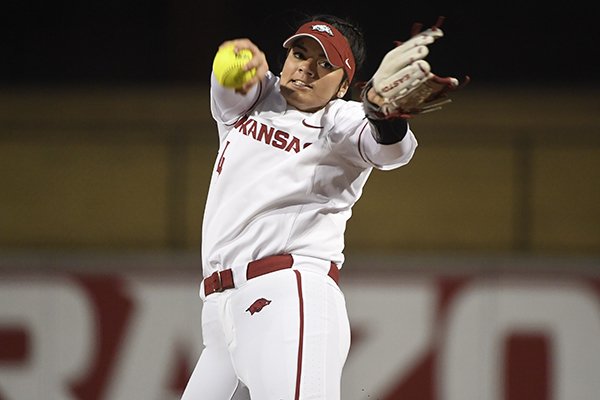 In the first game against Baylor, Arkansas used a two-out, six-run rally in the second inning to pull away from the Bears.

Hannah McEwen and Danielle Gibson each hit a two-run double in the second inning to give the Razorbacks a 4-2 lead. Later in the inning, Linnie Malkin had a two-run single to make it 6-2. Gibson added a home run in the sixth inning.

Malkin hit a two-run home run and Hannah Gammill also homered in the second game against McNeese State to account for the Razorbacks’ scoring.

Arkansas is scheduled to play a doubleheader at Texas-Arlington on Monday.