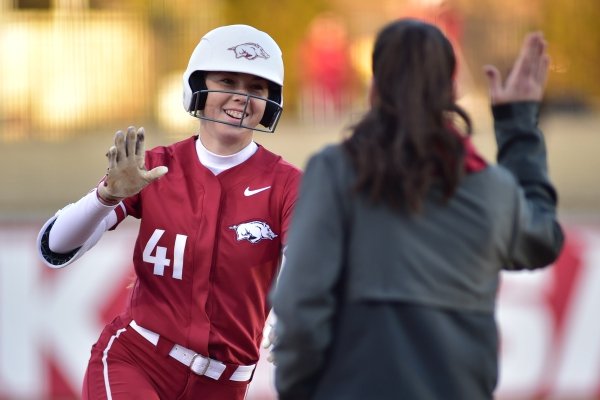 The No. 20 Arkansas softball team (5-2) earned two victories over Texas-Arlington on Monday, defeating the Mavericks 10-6 and 4-3 in Arlington, Texas.

Arkansas was led by Hannah McEwen in the second game. She went 2 for 3, including a home run in the top of the seventh inning that gave the Razorbacks a 4-2 lead. Jenna Bloom (1-1) allowed 3 runs on 5 hits in 6 2/3 innings for Arkansas to earn the victory. Mary Haff earned her first save of the season.